Pakistan's soybean may move towards self-production with Chinese intercropping tech

CHENGDU, May 31 (Gwadar Pro) - China's maize-soybean strip intercropping technology has attracted a lot of attention recently after Gwadar Pro's report on May 25 highlighted two Pakistani students from Sichuan Agricultural University are using and popularizing this technology in their hometown.

"This technology is universally applicable all over Pakistan. It can boost maize yield as well as create an additional soybean harvest to reduce Pakistan's soybean imports and improve the country's food security," Yang Wenyu, the professor of Sichuan Agricultural University who develops this technology and provides generous support for the two students, said in an interview with Gwadar Pro.

Pakistan has relied solely on imports to meet its soybean needs. Data from the United States Department of Agriculture (USDA) shows that the country's soybean imports during MY 2018/19 reached about 2 million tons, which are projected for a 10% growth to 2.2 million tons in MY 2019/20. Between MY 2015/16 and the most recent completed MY 2018/19, Pakistan's soybean imports have grown by 76.3% in the four years.

"There's a lack of soybean production in Pakistan. Pakistan is China's iron brother. We are willing to offer support to help Pakistan bridge the gap between domestic production and imports," Yang Wenyu said. It's he who initially formulated the idea of introducing this technology to Pakistan. His team has been supporting the two students Muhammad Ali Raza and Sajad Hussain to make demonstrations in Pakistan both technically and financially the whole time since 2018. 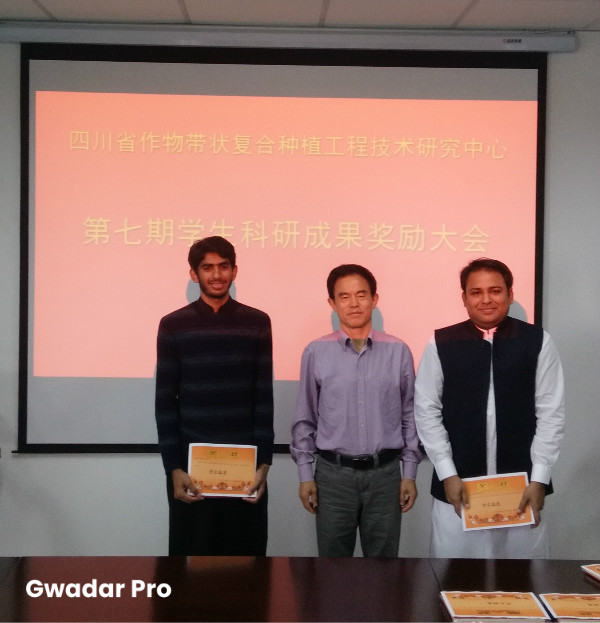 The application of maize-soybean strip intercropping technology in Pakistan has theoretical and practical basis. First, Pakistan has a large population while the area of arable land is limited. It has the demand to develop intercropping to grow two crops together. Second, Pakistan enjoys ample sunlight, which is a favorable natural condition for soybean's growth. Moreover, in the intercropping fields, maize can shade soybean to reduce high average temperature's impact, and nitrogen fixation by soybean can promote maize's growth in return. The crops in this model are like close partners that cooperate with each other to create bumper harvests. 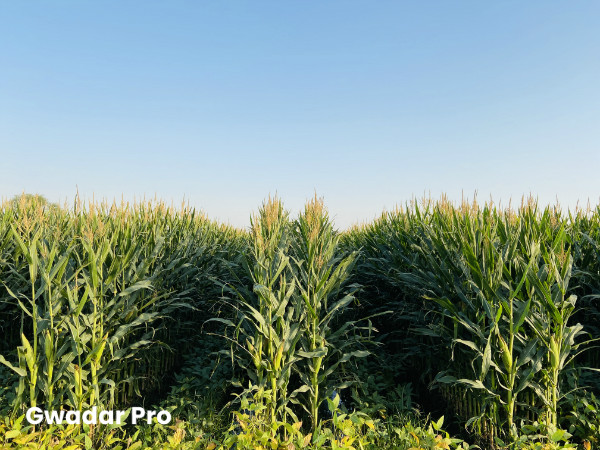 Forecasted by Yang Wenyu, by using maize-soybean strip intercropping technology, the yield of maize can reach 10,500 kg per hectare with an additional 1,350 to 1,650 kg/ha soybean production in Pakistan's irrigated areas. In rainfed areas, the production of maize and soybean can rise to 6,000 kg/ha and 1,350 to 1,500 kg/ha respectively. At present, maize is grown on an area of about 1.3 million hectares in Pakistan. In this way, the nation's maize yield can be guaranteed and greatly increased. More importantly, Pakistani farmers can harvest considerable soybean meanwhile. That will definitely generate sizeable economic benefit for Pakistani people.

At first there were some doubts about the technology's performance because many local farmers hadn't seen this kind of farming model before. "As long as they follow our technical instructions to plant the two crops, this technology is sure to work out," Yang said with confidence. "Actually many countries are researching into intercropping. But across the globe our maize-soybean strip intercropping may be the only mature intercropping system that is well-equipped with all-around technologies of field configuration, fertilization, pest control, etc. and promoted on such a massive scale." Furthermore, this technology has realized mechanization from sowing seeds, crop management to harvest.

It should be noted that after 18 years' research and development, in February, 2020, Yang Wenyu's maize-soybean strip intercropping technology was included in China’s "No. 1 Central Document" of top-priority by CPC Central Committee and the State Council of the People's Republic of China to be promoted vigorously and widely in more regions of China. Besides Pakistan, it also has been introduced to Africa and Europe such as Ghana and Sweden. Yang Wenyu's team is working with Swedish University of Agricultural Sciences to promote the technology in European countries. 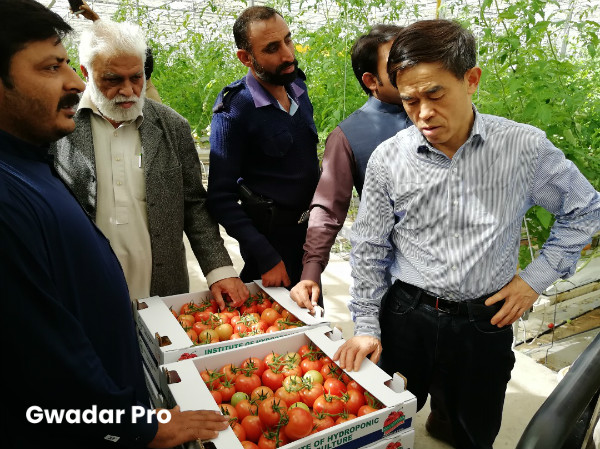 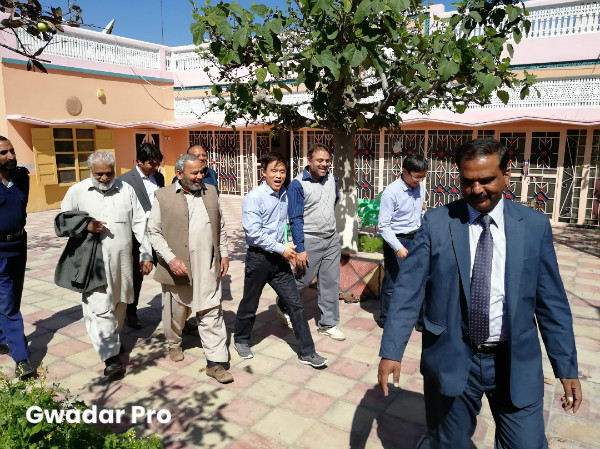 Developing maize-soybean intercropping technology in Pakistan is like a cause of common good because every Pakistani farmer can learn and master this technology for free. It's knowledge, not a product. Therefore, Yang Wenyu's team deserves to be further supported bilaterally. As agriculture is among the six key socio-economic fields under China-Pakistan Economic Corridor (CPEC) cooperation, we believe the fruition of maize-soybean strip intercropping technology will bring more benefits to Pakistani and Chinese people in the future.