At the beginning of this year, COVID-19 pandemic swiftly swept the globe and also hindered the two students’ return to the university. During their stay in hometown, Muhammad Ali Raza and Sajad Hussain have not only kept studying online but also made full use of time to investigate the Chinese planting technology’s performance in Pakistan. In China, this maize-soybean strip intercropping technology has been widely applied to 4.76 million hectares of land in 19 provinces and created new economic benefits of RMB 24.5 billion. However, as a mature technology for Chinese farmers, it still remains alien to Pakistan. With the fervent hope of bringing benefits of the research to Pakistan’s agri-sector, Ali and Sajad started to use this technology respectively in Bahawalpur and Layyah, Punjab since February, 2020. 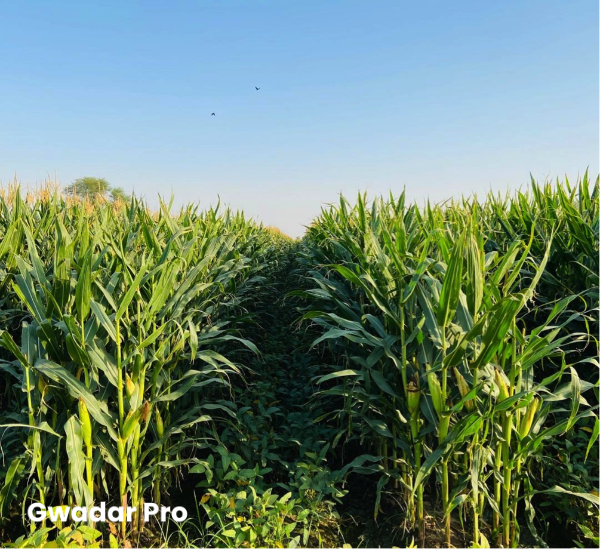 At first, villagers were curious, even doubted that this planting method would work. “Nobody was ready to believe me. They took it as a daydream. Even on a few occasions, farmers told me that you were doing it wrong,” Ali recalled. However, maize and soybean’s strong growth proved the technology’s worth. Now farmers are visiting in numbers on a daily basis, taking pictures of the field and consulting them about plating techniques. They are eager to grasp the technology to improve the yield in next season. 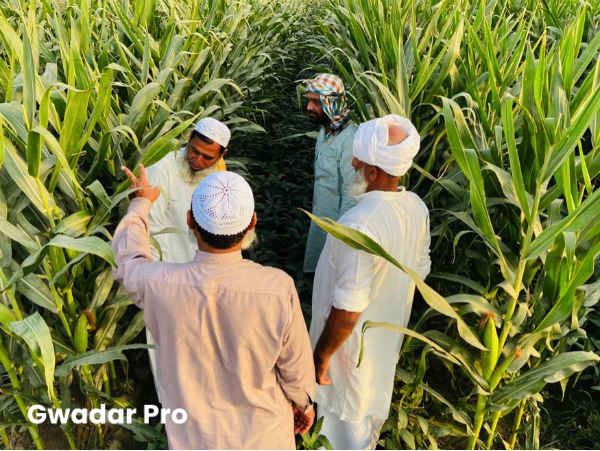 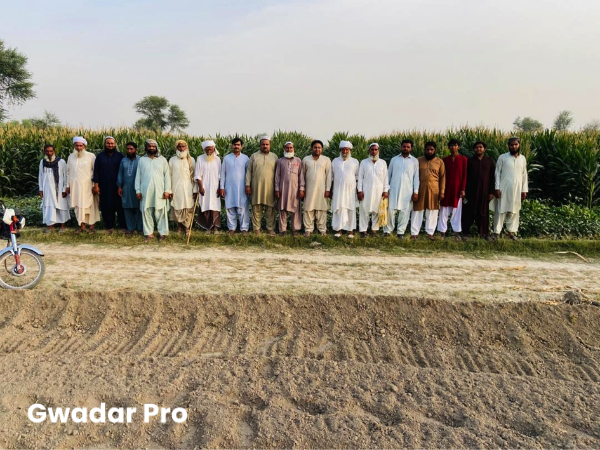 This technology has also attracted government and enterprises’ attention. Officers of Monsanto Pakistan and Engro Fertilizers visited the crops and requested Ali to teach them this new technology on their research farms. Furthermore, government officers spoke highly of this technology that it could be a new Green Revolution for cereal and legume production in Pakistan.

Currently, a bumper crop is on the way. “I found that as compared to locally practiced maize cultivation method, maize-soybean strip intercropping model significantly reduces lodging of maize plants and increases light utilization,” Sajad said. He expected the yield of maize to reach 7500-8500 kg per hectare, up about 50% compared with the general production without using strips. Moreover, as for the first time that soybean planting has been introduced to promote in their hometown, a yield of 1350 to 1650 kg/ha is forecasted by Ali.

The Chinese professors provided generous support in the whole planting process. It’s Prof. Yang Wenyu and his team who have developed maize-soybean strip intercropping system for 18 years in China and formulated the core idea of introducing this technology to Pakistan. “We found that in Pakistan there are no high-yielding and shade-tolerant soybean cultivars. Therefore, the professors helped me design an experiment of shade-resistant and high-yielding soybean cultivars screening.” During the interview, Sajad and Ali both expressed their gratitude to the professors Yang Wenyu, Yang Feng, and Liu Weiguo more than once. Four years ago, Ali chose brotherly China for Ph.D. study instead of going to Canada. As he said, that’s a right decision that changes his life. In China he has found love, respect, and care from everyone.

As soon as the international flights resume, Ali and Sajad will return to Sichuan Agricultural University to finish their studies. Last week, Chinese President Xi Jinping replied to a letter from Pakistani students encouraging them to promote youth exchanges and understanding. Sajad and Ali both felt heartened. Looking ahead to the future, they hope more technologies and innovation could be introduced to Pakistan. “I encourage Chinese investors to avail themselves of the opportunity to engage in Pakistan’s agriculture sector for win-win cooperation. In addition, we need to increase cooperation in scientific research and personnel training for the betterment of both nations,” Ali said.

It may be mentioned here that Pakistan and China, under a Memorandum of Understanding signed between the two countries during Pakistani President Dr. Arif Alvi’s visit to China in March, 2020, agreed to establish two separate Joint Working Groups, one on science and technology and the other on agriculture, under the overall rubric of China-Pakistan Economic Corridor (CPEC). As a key focus of CPEC Phase II, agricultural cooperation will be strengthened by both sides.