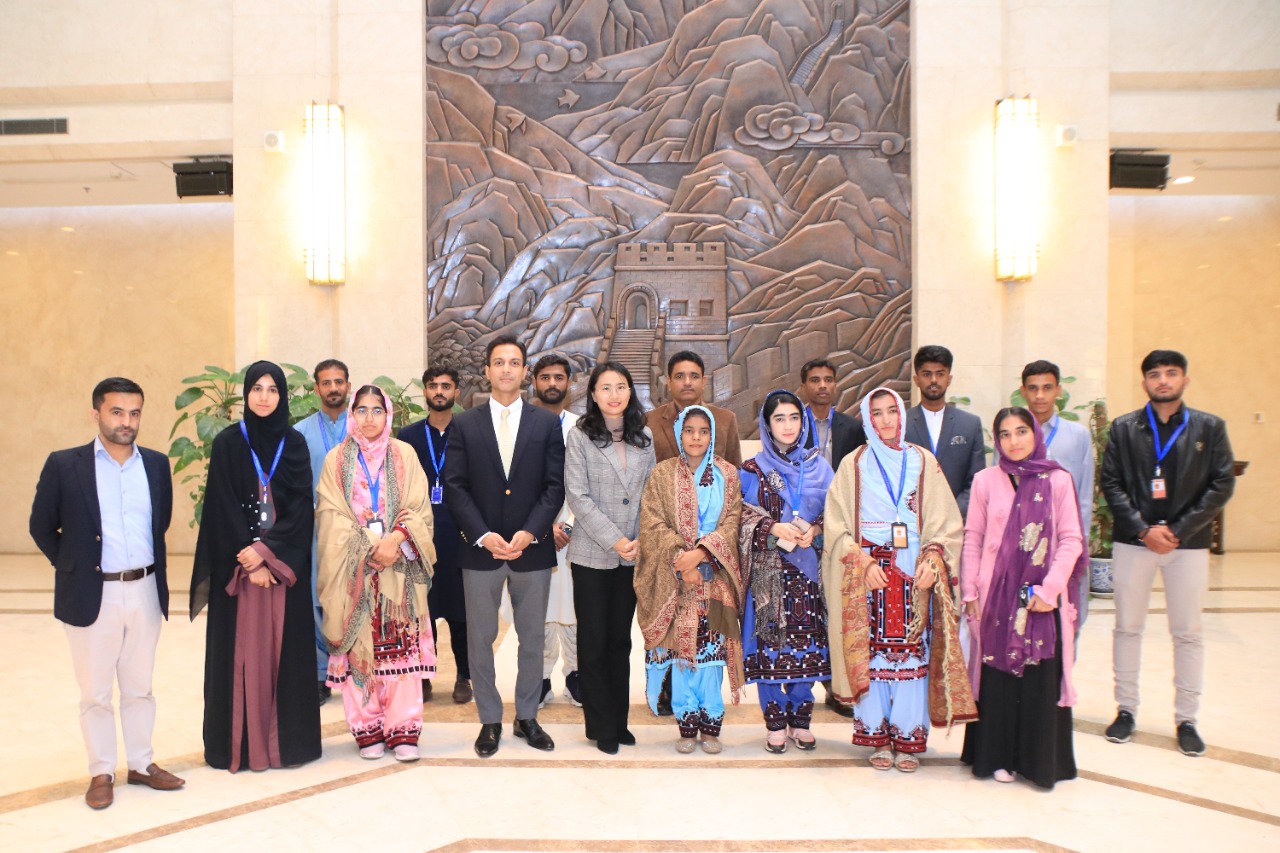 ISLAMABAD, Dec 16 (Gwadar Pro) - A group of 12 students from the University of Gwadar visited the Chinese Embassy in Islamabad where they were apprised of the many benefits of the China-Pakistan Economic Corridor (CPEC) initiative for Balochistan.

The visit was part of the youth engagement programme initiated by the Pakistan-China Institute in collaboration with the Chinese Embassy, the Institute said in a statement.

The initiative aims to inform the Baloch youth about the benefits of CPEC and to counteract the negative stereotypes about China and the mega project.

Bao Zhong, Counsellor of the Political and Media Section at the Chinese Embassy, stressed the need for continued engagement with the youth to deepen understanding and increase people-to-people ties. She said that the visit will initiate a constructive dialogue aimed at benefitting from the opportunities created by CPEC. She also highlighted that CPEC was not only aimed at bilateral cooperation but also had significant importance in regional connectivity and development.

Mustafa Hyder Sayed, Executive Director, Pakistan-China Institute emphasised that Baloch youth must be involved in the decision-making process related to CPEC and also be equipped with the necessary skills and expertise to benefit from the project.

The students were provided with detailed reports published by the China-Pakistan Institute on how CPEC had positively impacted Balochistan’s economy.

On the occasion, two documentaries titled ‘Dividends of CPEC for Balochistan’ and ‘How Shenzhen emerged as global industrial hub’ were screened. The first documentary showed how CPEC was benefiting the people of Balochistan. The second documentary showed how Shenzhen went from a small fishing village to one of the most influential economic hubs in the world. The documentary highlighted key aspects of Shenzhen’s development such as its strong connection to the global economy, introduction of special economic zones, and its eagerness to embrace technological innovation.