Gwadar to send 8000 tons of fertiliser to Afghanistan 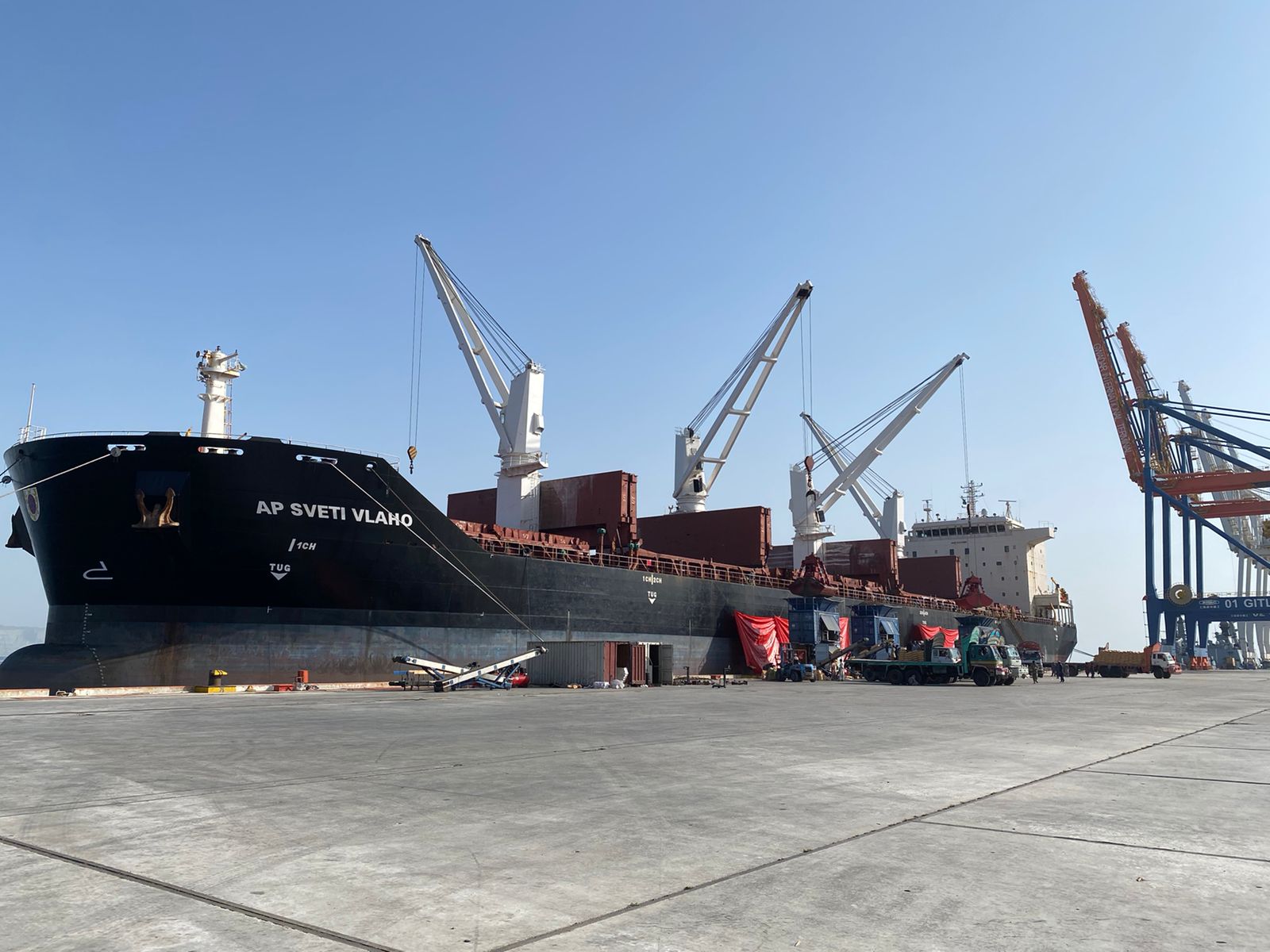 GWADAR, Nov 17 (Gwadar Pro) - As a fresh impetus to the Gwadar transhipment drive, a consignment of 8000 tonnes of DAP fertilisers is all set to be shipped via road to Afghanistan marking a first Afghanistan-bound fertiliser shipment during the ongoing current year.

During the last 10 months and 13 days in 2022, Gwadar did not handle or ship any Afghanistan-bound fertiliser stuff. It processed and shipped hundreds of tonnes of DAP for Afghanistan trade in 2021. Eventually, the operation resumed after a mega vessel owned by AP Sveti Vlaho that carried 8000 tons of DAP fertilisers, docked on November 14 at Gwadar Port.

Since its operation, the port has begun to play a new role as an efficient transit stop and time-saving trade port for land-locked Afghanistan. Its shipments of fertiliser started in January 2020.

Gwadar International Terminal Limited (GITL) operator official said that after offloading process is completed and the fertiliser will be loaded on trucks and then will be sent to Afghanistan as per the stipulated programme and schedule.

AP Sveti Vlaho is the first company that has been engaged with the Gwadar Port Authority. This new interaction has prompted a deep sense of confidence shown by international companies in Gwadar port observing its rising reputation to handle enormous consignments as per international standardisation.

It is imperative here to mention that a fertiliser factory is under construction which will start its production by February 2023. With this development, a number of fertiliser producers and importers have expressed their desire to utilise Gwadar port and Free Zone for this purpose.

In 2021, a total of 500 tons of fertilisers were shipped out of the port’s warehouse by a fleet of Pakistani trucks.

In April, 2020, the federal government allowed the import of fertilisers at the Gwadar Port and onward transit to Afghanistan through bonded carriers-insured and sealable trucks having a tracking device. The Ministry of Commerce (MoC), on the request of the Federation of Pakistan Chambers of Commerce and Industry (FPCCI), the Pakistan-Afghanistan Joint Chamber of Commerce and Industry (PAJCCI), the Gwadar International Terminals Limited and other stakeholders, has issued an Office Memorandum (MO) titled ‘Implementation of the import and export policy orders through shipping procedure and instructions for operationalisation of the Gwadar Port’.

The petitions of all stakeholders were examined in the light of the Afghanistan-Pakistan Transit Trade Agreement (APTTA), 2010 Article 21(1)(c) of the APTTA, 2010 that allows the transit of “bulk cargo (not imported in containers — like shipload) in open trucks or other transport units.

Economist Shahid Hussain told Gwadar Pro that Pakistan can reach its true potential for transhipment when China, Afghanistan and other Central Asian economies are connected with Gwadar through land routes.

“A trickle of Chinese products continues to flow into Afghanistan through Pakistan, improved by CPEC infrastructure, though trade has been mostly done through the Port of Karachi, one of South Asia’s largest and busiest deep-water seaports that handles about 60 percent of Pakistan’s cargo,” he added.