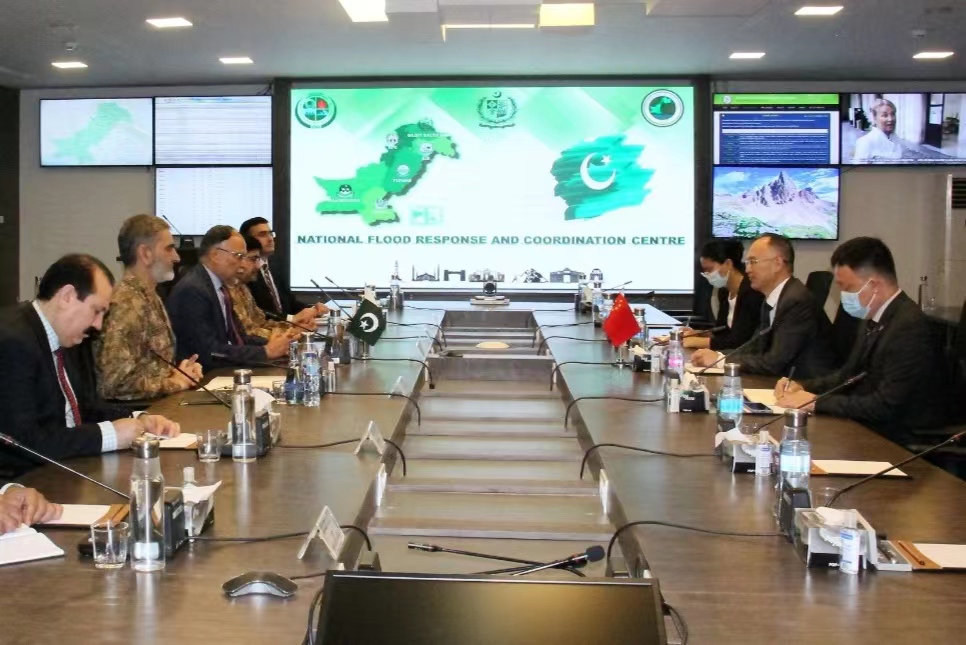 ISLAMABAD, Sept. 28 (Gwadar Pro) - China has pledged to enhance cooperation in disaster prevention and mitigation as well as global climate response with Pakistan and provide more assistance to Pakistan in its flood relief efforts and post disaster reconstruction.

During a meeting the Chinese Ambassador to Pakistan Nong Rong said that Chinese medical and expert team are expected to come soon to Pakistan. He informed the meeting that more bulk relief materials will arrive in early October following 13,000 tents.

China and Pakistan have been sharing weal and woe for a long time, reaching out to each other and responding to major challenges such as natural disasters side by side. After the floods struck, China has responded immediately, and continued to provide urgently needed assistance to Pakistan and supported the country in its disaster relief work.