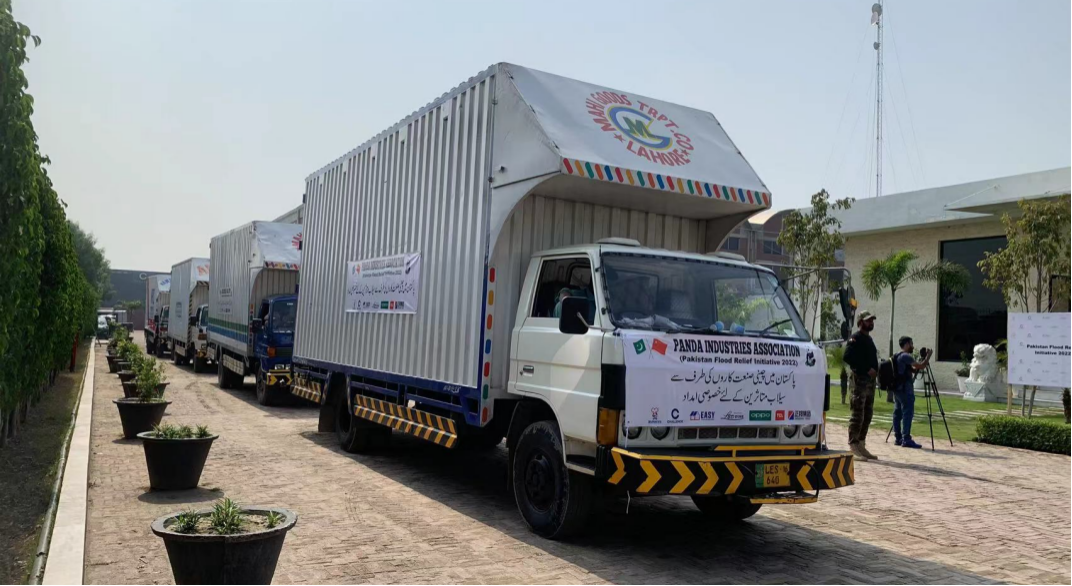 On the occasion, Chinese Consul General in Lahore Zhao Shiren highlighted that China and Pakistan are all-weather strategic cooperative partners. The two countries understand and support each other and more assistance is on the way. He believes and wishes that the people in the disaster-hit areas, including the southern part of Punjab Province, will overcome the difficulties at an early date, resume normal production and life and rebuild their beautiful homes.

Senior Minister of Punjab, Mian Mohammad Aslam Iqbal, lauded the efforts of the Panda Industries Association. He said that the flood had caused destruction and joint efforts should be made to help and restore the flood victims.

Challenge Fashion’s Pakistani partner Qamar Khan said that it was very heartening to see how the Chinese business community operating in Punjab came forward to help the flood victims. “They even went to the extent that they voluntarily donated part of their salaries towards this great cause. Their brotherly feelings were just as this catastrophe had hit their own motherland.” he added.

The Panda Industries Association expressed its grief and sorrow at the loss of life and property in Pakistan caused by the catastrophic floods. The establishment of the association aims to gather information and resources of Chinese enterprises, help Chinese companies in Pakistan solve business problems, strengthen communication with the Pakistani business community. The association has been registered as an NGO with the Securities and Exchange Commission of Pakistan.