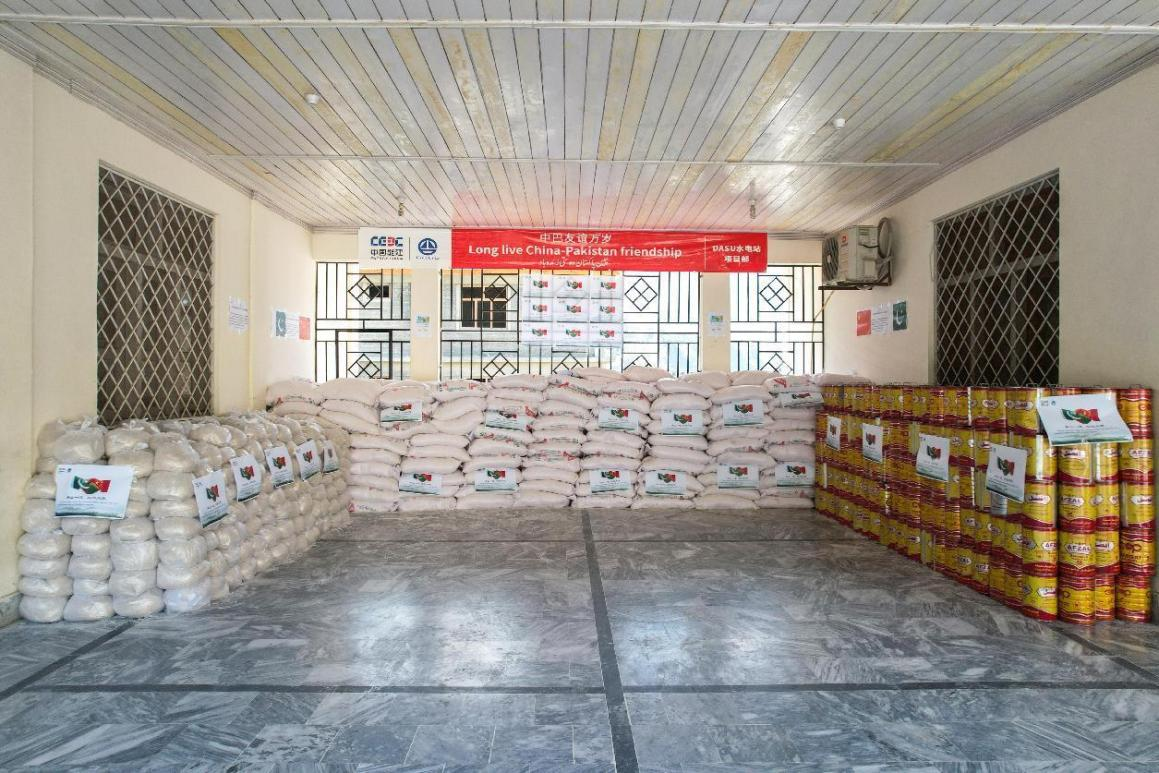 “This once-in-a-century flood disaster has put the entire Pakistan in trouble and the DASU Hydropower Plant was not spared either. While we are pulling through the hard moment, we hope to lift more vulnerable people out of the plight and mobilize our company staff to donate 400 food packages to those in dire need,” Mr. Tan, Project Manager of DASU HPP told Gwadar Pro.

Mr. Imran, deputy DC of DASU town, stated that CGGC has spared no efforts to provide machine, equipment and other necessary supplies for emergency rescue of roads and bridges damaged or destroyed in the flood, and provided what they can to help the locals.

It is reported that since the middle of July, the disaster caused by heavy rainfall in the scope of DASU area has induced 5 deaths and 5 injuries and over 400 houses demolished.