KARACHI, Sept. 8 (Gwadar Pro) - Chinese companies in collaboration with the Sindh Solid Waste Management Board (SSWMB) on Wednesday dispatched rations and other essential goods to the flood-affected people in rural Sindh.

Syed Nasir Hussain Shah, Minister for Local Bodies and Rural Development Government of Sindh, Li Bijian, Chinese Consul General in Karachi, officials of Chinese companies, and SSWMB were present on this occasion. “We thank the government of China for helping the flood-affected people in Pakistan and the determination Chinese companies have shown during flood relief activities is admirable,” said Syed Nasir Hussain Shah.

He said that Sindh is the most affected province of Pakistan while rescue and relief operations were underway in the affected areas of the province and in the next phase the rehabilitation of the affectees will take place.  “We need one to two million tents for the flood-affected people,” Mr. Shah added.

Consul General Li Bijian said that the Chinese companies based in Karachi have contributed to this welfare work which is a commendable act. “It is time to act immediately, and we are ready to work side by side with Pakistani officials for the welfare of the flood-affected people,” he said. 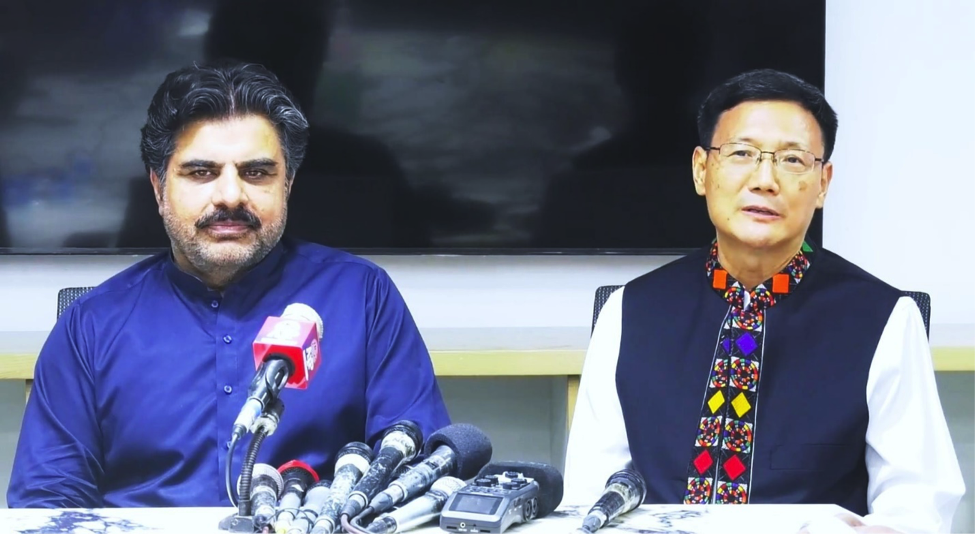 While briefing media on the ration drive for the flood affectees, MD SSWMB Zubair Ahmed Channa said that there were three most affected districts in the province including Sangarh, Naushahro Feroze and Nawab Shah. Mr. Channa said that three companies were working with them; flood affectees in all the three districts will receive 800 sets of packages containing rations, mosquito nets, coils, lotions etc.

Hangzhou Jinjiang Group is providing rations and other essential goods to the flood affectees in district Nawab Shah, Changi Kanji to district Sangarh, and Hangzhou Technology Co. is providing 800 packages to the flood-affected people in Naushahro Feroze district of Sindh. “Representatives of the Chinese companies will also accompany them,” said Mr. Channa.