ISLAMABAD, Sep.1, (Gwadar Pro)- The Ministry of IT and Telecommunication (MoITT) held a launching ceremony for the National Information and Communication Technologies (ICT) Whitepaper, to review Pakistan’s ICT development progress and map out the way towards national digital transformation on Tuesday. The National Whitepaper is part of a series of concrete steps taken by the Ministry in making the country sound and strong on the digital front, including e-Government, e-Learning, e-Health and other schemes that are designed to boost the adoption of ICT-based applications within the public sector. During the ceremony, Mr. Wang Shunli, Vice President of Huawei Middle East appreciated the ministry’s efforts to improve the fiber penetration rate in Pakistan. He revealed, “cellular subscribers have now reached 195 million, which is commendable. In the last five years, 4G users have grown exponentially from just 5 million users to more than 80 million.”

The Vice President also took the opportunity to introduce the significant progress made by Huawei in recent years to train Pakistan’s talented youth. For what the company views as an inevitable direction for the country, talent development was described as the key for sustainability of Digital Pakistan with programs like Huawei ICT Academy, Seeds for the Future and the ICT international competition. Every year, more than 10,000 students from all over Pakistan participate in the competition.

“Pakistan’s Team won first place in the final of Huawei ICT Competition 2021 held in the Middle East. They also won first prize in the Global finals competing with teams from all across the globe. We were inspired by the efforts of this team, and especially by star student, Bhagchand. In honor of his achievements, we have made a microfilm so that others can be inspired by his story. He is a true testament to showing how far hard work and commitment can take you,” added Mr. Wang right before the microfilm was played for all the audience and dignitaries. 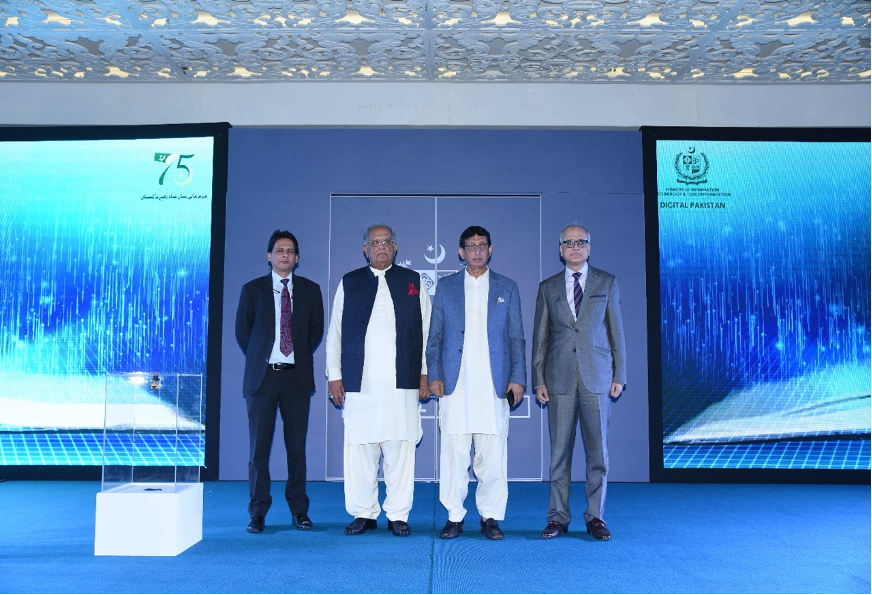 Mr. Syed Amin Ul Haque, Federal Minister and other officials from the MoITT appreciated and applauded Bhagchand’s story. The microfilm will soon be available for viewing in the coming week.