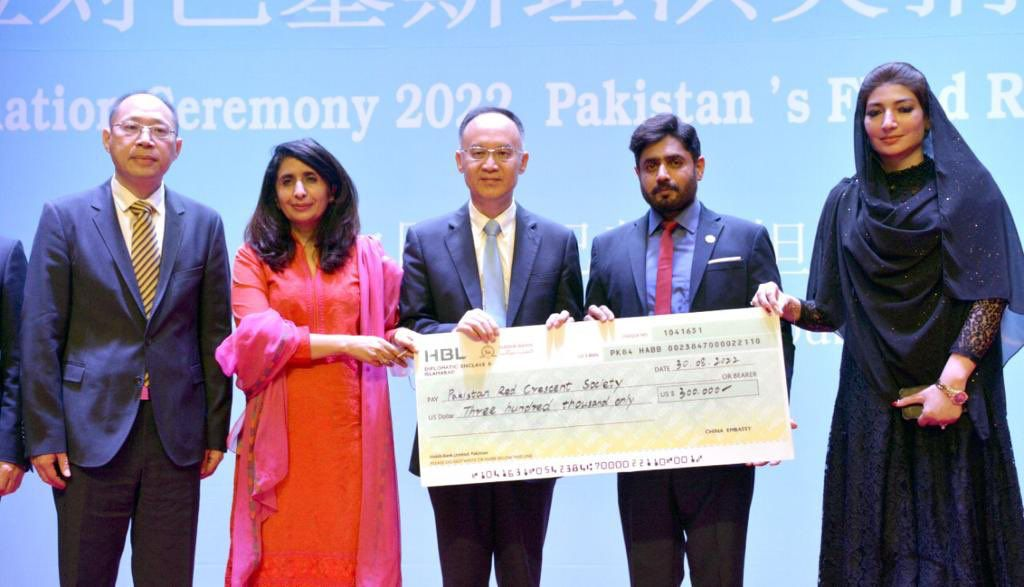 ISLAMABAD, Aug.31(Gwadar Pro) -  The Red Cross Society of China has donated USD 300,000 to the Pakistan Red Crescent Society to help flood-affected people in the country.

During a ceremony held at the Chinese Embassy Islamabad, Ambassador Nong Rong handed over the check to Abrar ul Haq, Chairman of the Pakistan Red Crescent Society.

"Chinese Red Cross Society has donated USD 300,000 to the Pakistan Red Crescent Society for flood relief. The Cheque was handed over to me by Ambassador Nong Rong in a ceremony at the Chinese Embassy in Islamabad," wrote Abrar Ul Haq on his official Twitter page.

On this occasion, Ambassador Nong Rong said that Pakistan was facing a severe flood disaster and "China will continue to help and assist Pakistan's relief work".

This year’s monsoon rains and consequent floods have killed 1,162 people and injured 3,545. Since mid-June, the rains and floods have either completely or partially damaged 10,57388 houses, affecting 33,046,329 populations.

On Tuesday, the first batch of disaster relief supplies from China arrived at Jinnah International Airport Karachi. China has announced providing emergency humanitarian supplies including 25,000 tents and other supplies for the flood victims of Pakistan.