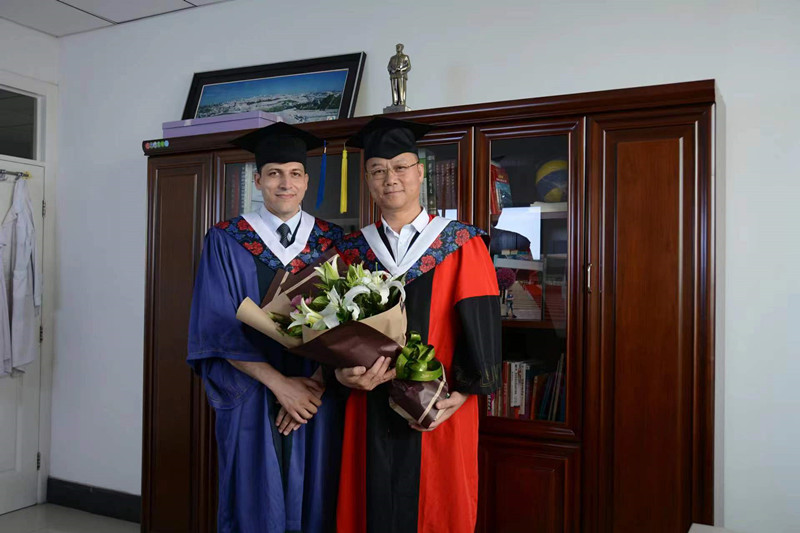 HCE is a highly endemic and neglected global disease. Its clinical treatment is very complex. Though surgery plays a vital role in its treatment, the high recurrence and residual cavity complications bother both the doctors and the patients.

Nearly four decades of dedication to HCE enables Peng and his teammates to handle this challenge with a “disruptive” method.

They have managed to develop a radical procedure, called Sub-adventitia Closed Total Cystectomy.

It consists of cyst resection along a cleavage plane between the inner layer of the host’s reaction facing towards the parasite and the outer layer, or adventitia, described by Peng and co-workers.

The Sub-adventitia Closed Total Cystectomy can limit the damage to liver parenchyma when dissecting around the cyst and allow safer removal of the cyst.

“So our operation can not only minimize surgery’s damage to liver, but also significantly decrease recurrence and postoperative complications,” said Peng.

This is a medical advantage in the world.

Peng’s operation has been adopted by the WHO Informal Working Group on Echinococcosis (WHO-IWGE) as diagnosis and treatment guideline.

As a parasitic disease, HEC also seriously affects human health in Pakistan. The poor public awareness of hygiene practices increases the risk of transmission of the disease.

“China and Pakistan, as all-weather strategic cooperative partners and iron brothers, have a lot to cooperate in HCE, including academic communications and exchanges of visiting scholars,” said Peng.

Peng walks the talk by himself by empowering Pakistanis.

Peng, also a professor of Shihezi University, has been to Pakistan Institute of Medical Sciences for academic exchanges.

Peng has promoted this sub-adventitial total cystectomy to Pakistan’s medical commission to improve their diagnosis and treatment level of HCE.

Peng was invited to make a live academic lecture in ATV of Pakistan, aiming to introduce his experience on HEC and benefit Pakistani sisters and brothers.

Peng and his team also have established a HEC database and a platform for its research, in order to enhance the communication and cooperation of HEC in the world.

"The hydatid diagnosis and treatment team of Shihezi University has the advanced treatment technology of world class and demonstrate how to overcome the world's difficult problems of hydatid surgery," said Xu Yixuan, honorary vice president of China Charity Federation and initiator of echinococcosis relief action.