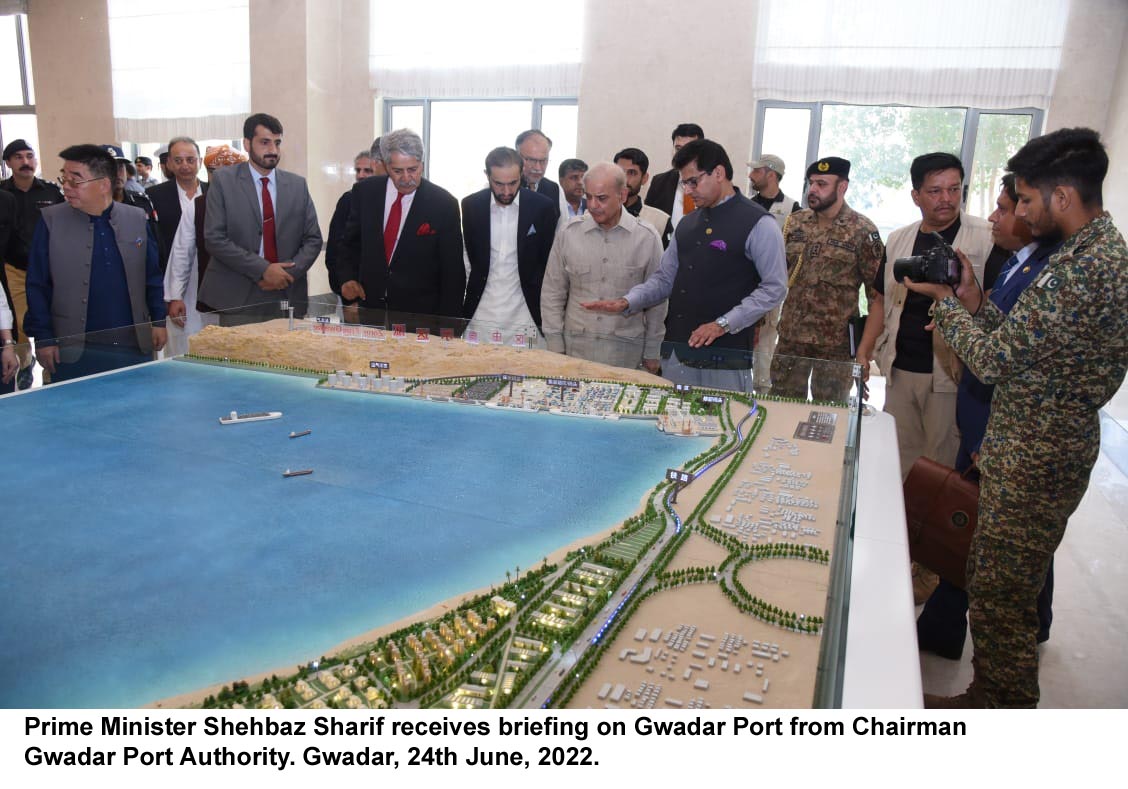 Addressing a gathering of local fishermen at Gwadar Business Centre here during his day-long visit to the port city, the PM stressed China was a close friend of Pakistan. The PM acknowledged that China had always supported Pakistan at diplomatic and economic levels and urged the people of Balochistan to value the Chinese investors whose contribution was significant to the development of Pakistan.

He also announced the provision of 200 acres of land for the establishment of a residential colony for the fishermen of Gwadar besides the distribution of 2,000 motorboat engines to help them earn a livelihood. The measures were announced in view of the problems faced by the fishermen of Gwadar in the shape of displacement and difficulty in access to the sea that was affecting the fishery sector.

The Prime Minister maintained that this was his second visit during a month aimed at holding direct interaction with the fishermen and getting their feedback on issues concerning them. He stressed that it was the government’s responsibility to address the challenges faced by the locals of Balochistan.

The PM pledged that the federal government would take the provincial government on board for consultations on development projects.

On supply of clean drinking water, the PM said Gwadar Development Authority (GDA) had given assurance to complete the laying of new pipes by September.

To ensure merit-based distribution of marine engines among fishermen, he directed Planning Ministry to define a criterion with a set of parametres at the earliest. The process of transparent bidding, he said, would be carried out within three months in line with the Public Procurement Regulatory Authority (PPRA) Rules. PM Sharif assured the fishermen to address their problems on priority and said the development of the province was “useless” without resolution of the problems of the locals.

Regarding electricity, the PM informed that a 29-kilometre-long transmission lines for supply of 100 megawatts from Iran was delayed while the Iranian side had completed the project at its end. He said the government would bring this matter to the cabinet for approval to ensure availability of power for Balochistan. The PM mentioned the project would develop a base-load of electricity and would be later supplemented by solar projects. An announcement would soon be made on the provision of solar panels to the people of Balochistan.

He lauded the sacrifices of the local people by braving the challenges during the construction of Gwadar Port, which was a harbinger for their prosperity.

PM Sharif said the establishment of Gwadar University had been included in Public Sector Development Programme (PSDP) and said maximum funds would be provided for the education of students at par with rest of the country. He mentioned that the federal government allocated a massive amount of Rs 100 billion in PSDP for the development of Balochistan.

In his address, Balochistan Chief Minister Abdul Qudoos Bazinjo linked the development of Gwadar with the prosperity of Pakistan. He remarked that the provincial government gave approval to over 200 decisions aimed at the prosperity of locals.

Earlier, he witnessed the signing of a Memorandum of Understanding on establishment of a 100-bed hospital with collaboration of GDA and Indus Hospital. The world-class hospital will provide medical facilities to the people of Gwadar and adjoining areas.