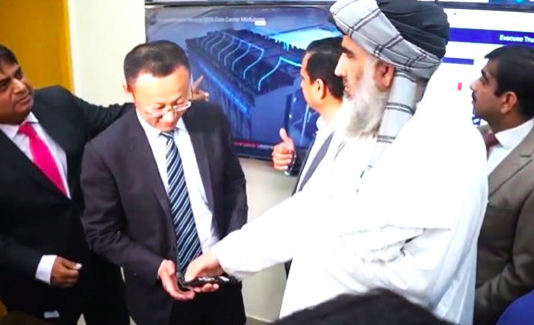 LAHORE, June 24 (Gwadar Pro) - Maintaining a complete and authentic record of Evacuee Trust Property Board (ETPB)’s properties, land, leased land and profit calculation has always remained a problem for ETPB to become a for-profit organization. However, the problem no longer exists, as Huawei Pakistan and its Tier-1 partner Computer Marketing Company (CMC) have established a Tier-3 Data Facility Centre at ETPB head office in Lahore.

“The data center will provide automation inside ETPB and will provide access to all properties of the board for maintenance, monitoring, retention and revenue generation,” said Federal Minister Mufti Abdul Shakoor while inaugurating the data center.

ETPB was established in 1960 with its HQ in Lahore to look after the Evacuee Trust Properties/Land left over by the Sikh/Hindus who migrated to India during partition in 1947-48. “Hundred percent of the trust land records have been digitized and anyone can access them by simply logging on,” he said.

The Minister said that the new digitized system will help reduce the hardship of minorities. “I must appreciate Huawei and ETPB for establishing this data center,” he said.

A tier-3 data center is a concurrently maintainable facility with multiple distribution paths for power and cooling and it does not require a total shut down during maintenance and equipment replacement. The tier-3 data center guarantees 99.982% availability.