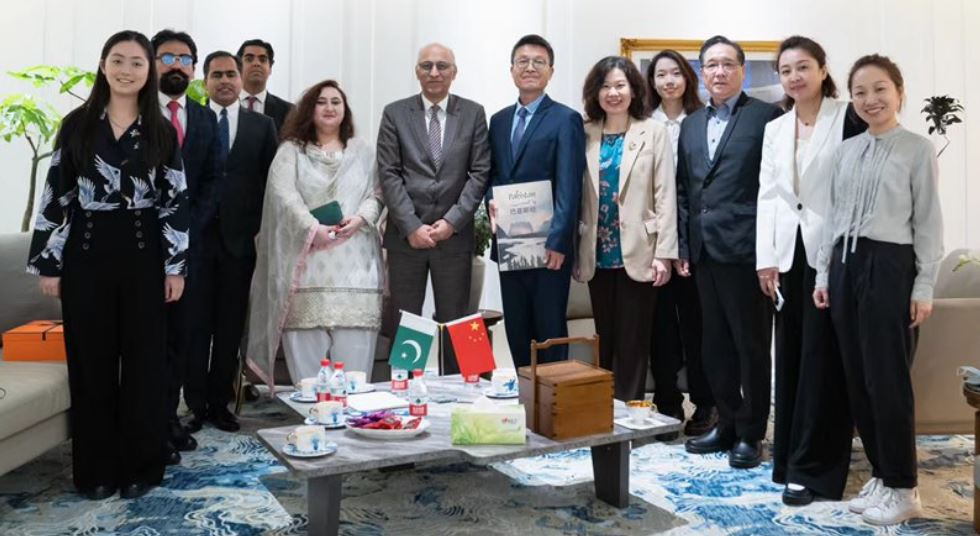 Moin ul Haque along with officers of the Pakistani Embassy in Beijing visited Silk Road International Cultural Exchange Center in Langfang, Hebei, where they toured various sections of the center and reviewed its state-of-the-art facilities.

General Manager Hu and Ms. Claudia Yang, Director of International Arts briefed the Ambassador and his team on the role of the center in popularizing performing arts of China and different countries.

They also expressed a keen desire to showcase Pakistani cuisine, music and films in China to deepen cultural exchanges between  the two countries.

Appreciating the role of Silk Road International Cultural Exchange Center, Ambassador Moin ul Haque highlighted the affinity between the culture and artistic styles of Pakistan and China and their role in solidifying bilateral relations between the two countries.

He hoped that the center would continue its endeavors for acting as a bridge between diverse cultures and civilizations of the world and for fostering a spirit of friendly sentiments among them.

Both sides also discussed plans for organizing events this year to promote Pakistani culture and history in China.