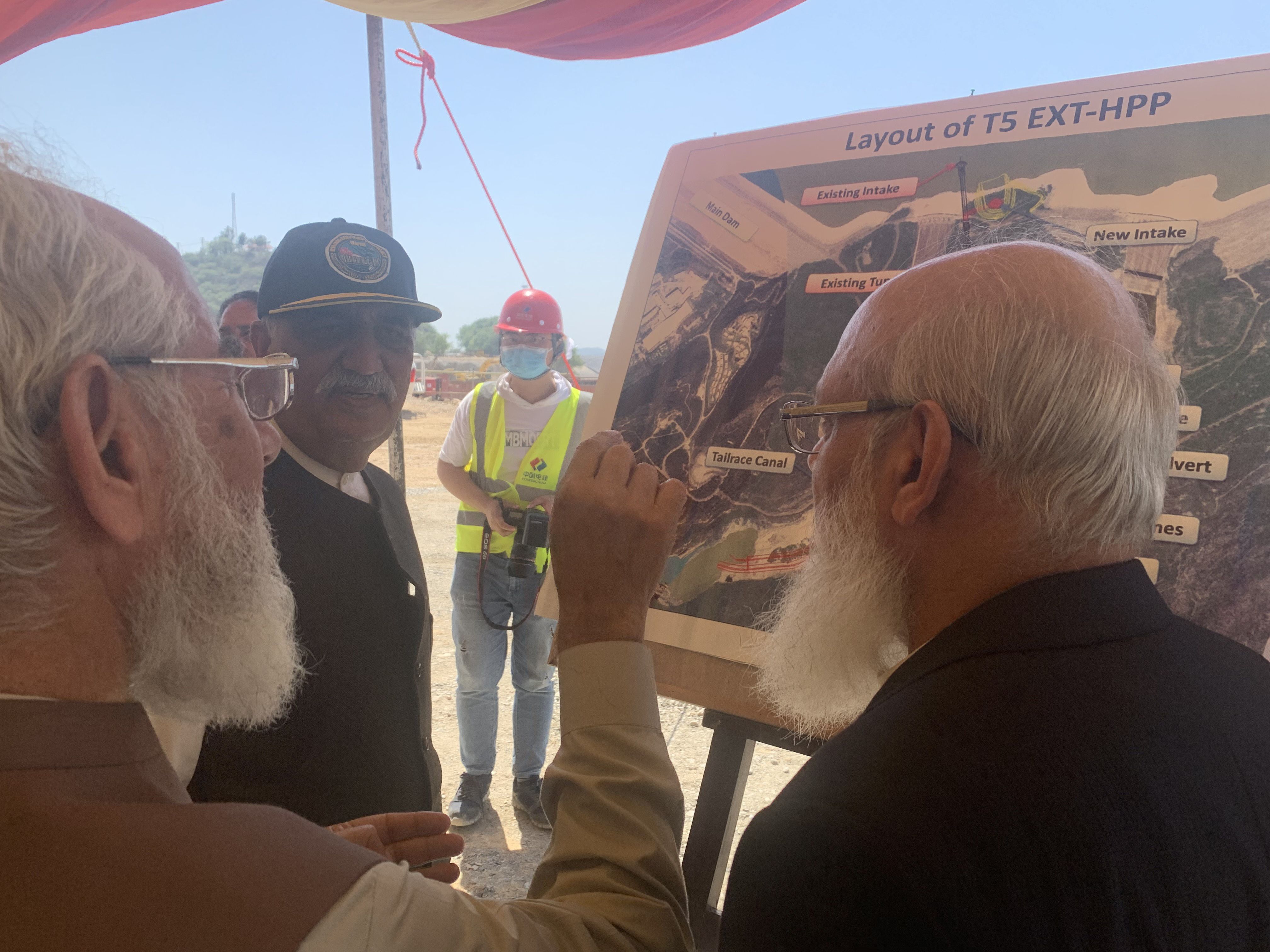 The key clean and low-cost energy project is jointly funded by the World Bank and the China-led Asian Infrastructure Investment Bank (AIIB). PowerChina is a civil works contractor and a joint venture of China’s Herbin Electric Int’l Co. and Herbin Electric Machinery Co. is executing electromechanical works of the project.

The project includes raising the intake level of the Tunnel-5 (T5) from existing 1160 feet to 1396 feet to save it from being choked by sediment, together with installing three power stations of 510 MWs capacity each.

The project will enhance the power generation capacity of the dam by 1,530 megawatts and increase its total output to 6,418 MWs from the current 4,888 MWs. The project will also increase the life of the dam by up to 50 years. It will provide 1.347 billion units of electricity per annum, worth around Rs15 billion.

During his presentation, Mark Gill, project manager from consultant Mott McDonald, requested the minister to arrange a no-objection certificate from IRSA for shutting down tunnel 5 of the dam for two seasons to enable them to execute the project at a faster pace and complete the same by 2025. The minister assured that he would take up the matter at the federal cabinet level to arrange NOC from IRSA.

Mark told Gwadar Pro that the project was of utter importance for Pakistan, not only for generating low-cost energy but saving Tunnel 5 from being permanently choked by a sediment formed in the middle of the dam in case of a massive earthquake. Nasir Hanif and Hazrat Umar, advisors for dams with the Water and Power Development Authority (WAPDA) also supported Mark while talking to Gwadar Pro.

Mark, however, said that the civil and electromechanical contractors were executing their works according to schedule. “Even then, we will have to shut tunnel 5 for two seasons to connect the new intake tunnel downstream with the old tunnel,” he said.

The project will create 2,500 to 3,000 direct employment opportunities. In addition, Rs 300 million will be spent on various schemes for 26 villages around the project area, including schools, drinking water and other facilities.​