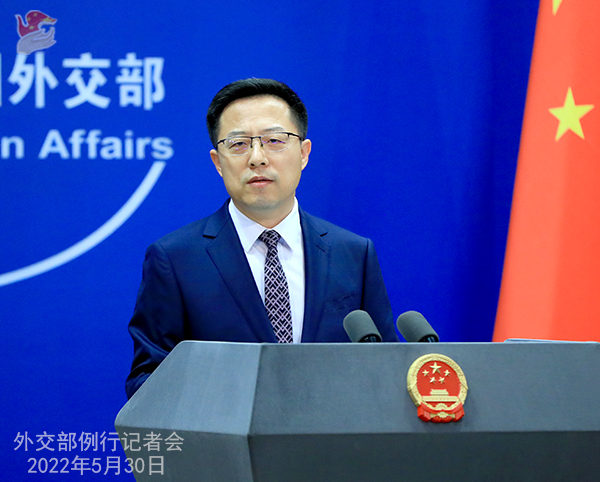 BEIJING, May 30 (Gwadar Pro) – The China-Pakistan Economic Corridor (CPEC) is an important platform for all-round practical cooperation between the two countries. It is guided by the concept of green, open and clean development and committed to realizing sustainable, livelihood-oriented and high-standard growth, said the Chinese Foreign Ministry Spokesperson Zhao Lijian on Monday’s routine press conference.

Zhao made the remarks in response to Prime Minister Shahbaz Sharif’s comment on Karot Hydropower project, being completed under CPEC. PM said this project would generate cheap electricity and also promote green development in Pakistan.

Zhao said that since its launch, CPEC has delivered fruitful outcomes in energy cooperation, which helps Pakistan to effectively tackle energy shortage and provides reliable energy supply for its economic and industrial development.

The Karot hydropower plant is a major energy cooperation project under CPEC between China and Pakistan. Once installed and put into operation, it will not only generate steady and affordable energy supply, meet the electricity needs of approximately five million local residents, and further improve Pakistan’s energy structure, but also boost the country’s sustainable development as well as global efforts towards carbon neutrality by reducing an estimated amount of 3.5 million tonnes of carbon dioxide annually, thus contributing to the global response to climate change.

“We are looking forward to the completion of the hydropower plant and hope that it can be put into use at an early date,” Zhao added.