Bridge the gap and get things done: Stories of CPEC’s Pioneer 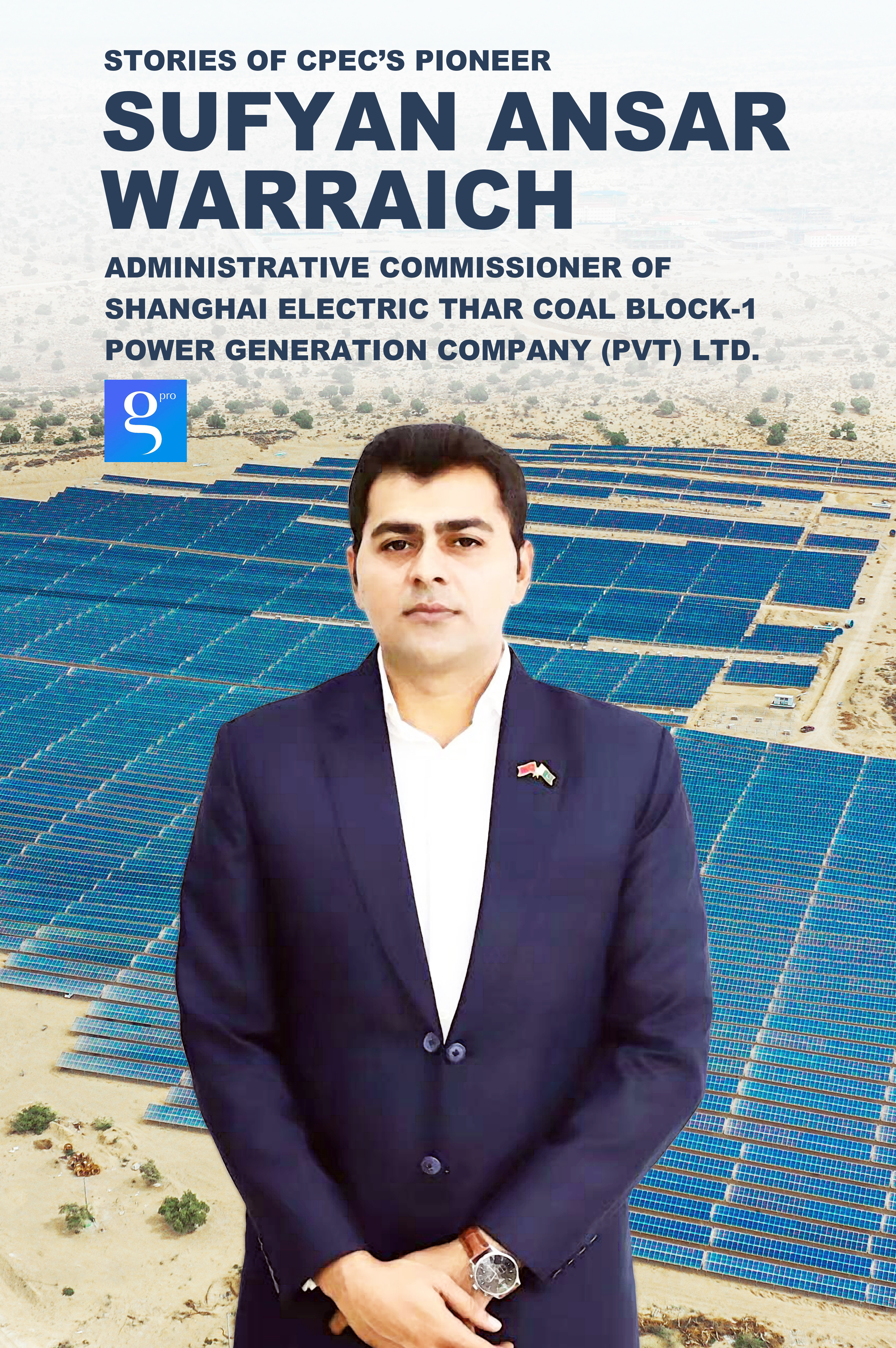 People are constantly popping up in the office of Sufyan Ansar Warraich’s. He sits in the corner, directing missions with skill and ease.

The phone on the table rings. “Just give me a second... I need to sign one thing! Sorry again,” Warraich answers the phone while gesturing to the reporter.

As the Administrative Commissioner working for Shanghai Electric Thar Coal Block-1 Power Generation Company (PVT) Ltd., the 32-year-old Sufyan Ansar Warraich is in charge of a team of 6 people. "I work with my teammates to take care of around 180 employees, like their living, their office, their food, their entry, their exit..." Together with his coworkers, Warraich devotes himself to the construction of Thar Coal Block-1 Power Plant, a combined coalmine and coal-powered energy generation project under China–Pakistan Economic Corridor (CPEC) located in Islamkot, Tharparkar District, Sindh, Pakistan.

The project cannot be built without excellent management and hardworking front-line Chinese and Pakistani staff, but it also needs bridges like Warraich to narrow the gap. Joined the company in December 2020, Warraich mainly cares about the administration, public relations and social responsibility work of the site. His life is filled with cultural differences, language differences and arrangement differences, but he loves to take on such challenges.

As per Liu Chaoqun, Schedule Manager of the company, Warraich once studied at Harbin Engineering University, which is located in Harbin, the Ice City of China. This experience made Warraich know Chinese culture well and helped him take good care of both Pakistani and Chinese employees. “You can always count on Sufyan!” Liu Chaoqun said.

According to the multinational corporation Shanghai Electric, it hires both Pakistani and Chinese workers. There are about 5,000 employees working at the site of Thar Coal Block-1 Power Plant, among which a large amount are Muslims. “I work on both sides - for the Chinese site and the Pakistani side,” Warraich tries his best to bridge different cultures. For example, the holy month of Ramadan of 2022 began on April 3. Muslims will fast during Ramadan, which means waking up before dawn to eat, hydrate and pray. Once the sun rises, Muslims abstain from food and drink, including water, until sunset.

However, the April of Thar Desert is as hot as mid-summer. High temperatures are baking the site. “Scarcely a drop of rain falls here,” Liu Chaoqun told the reporter, adding that it would be torture for fasting people to work as usual in such a scorching heat.

Therefore, Warraich communicated with the management and proposed setting more suitable working hours for Pakistani staff during Ramadan. “My job is to keep every employee working properly in a cozy environment from a to z. I need to keep them focused on their jobs,” Warraich said. The proposal was soon recognized by the company and Pakistani workers felt the company's respect for their religion and culture.

On top of that, Warraich is also a bridge between the company and locals living near the project site.

“Warraich once investigated the living conditions and needs of villagers around the site, and coordinated the company to carry out various CSR donations for them,” recalled Jiang Zedong, Maintenance Manager of Production Preparation Department.

Also, it was found that the nearby villages are qualified to provide drinking water to the site after investigation, and the villagers nearby also proposed to do so. “Through Warraich's communication, he got this done and in this way local villagers got another source of income to support their family,” Jiang Zedong said, adding that Warraich is definitely a great communicator and organizer.

Dating back, civil works of the under-construction 1,320 MW project started in October 2019 and the project is planned to achieve its COD within the year of 2022. Once completed, the project’s energy production will be enough to power four million households in Pakistan.

Warraich is among those who made these miracles possible. He was awarded as one of the outstanding Pakistani Staff of CPEC Projects in 2021 due to his excellent performance at work. Moving from Lahore the bustling big city to the barren desert, Warraich never regrets his choice. “Me a workaholic? You could say that,” Warraich smiled, saying that he loves to embrace new things and CPEC makes it possible for more dreams to come true.