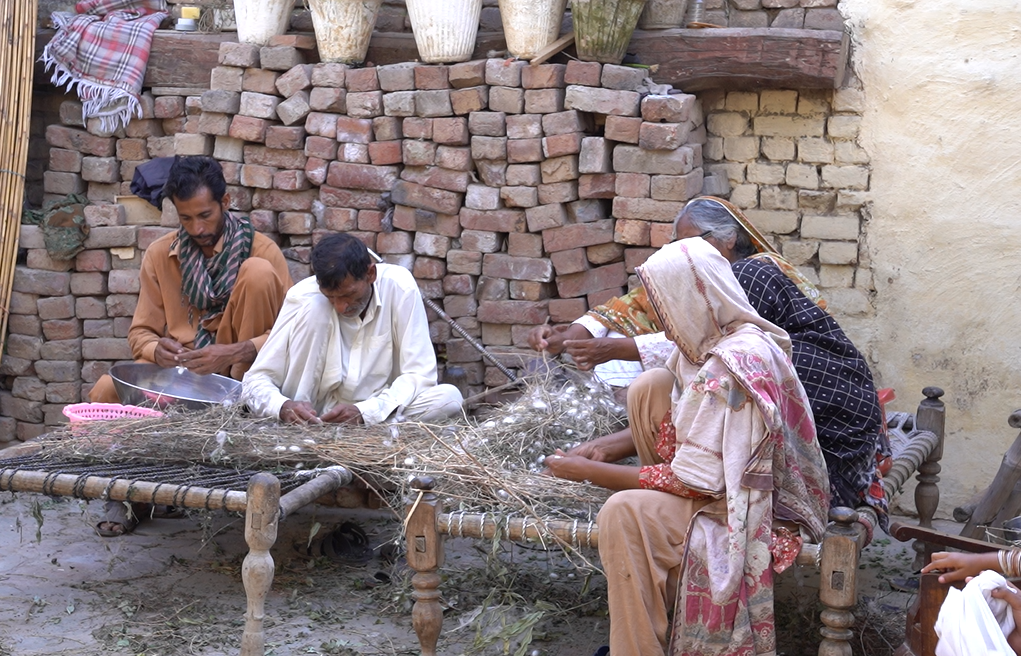 “My children will have a happy Eid this time. Ramzan is also prosperous. Children are fasting properly. Their fasts will also go well,” he added cheerfully.

Along with Aslam, around 1300 houses are affiliated with this business at the moment in Kasur, with each family raising one to two packets.

Sericulture started in 2600 B.C in China and was introduced to the sub-continent through the Silk Road thousands of years ago. It has been practiced as a cottage industry in Pakistan since its inception in 1947. Punjab was the first province to start sericulture.

Muhammad Farooq Bhatti, Deputy Director, Sericulture, Forest Department Punjab, has long been committed to promoting sericulture in Punjab, and he told Gwadar Pro that the potential of silk farming is very high in Pakistan.

“To provide raw material to the textile sector, the annual demand of raw silk is 500 metric tons, as per the report of our P&D department in 2014. But if we consider the latest report of economic survey of Pakistan, we are importing silk worth Rs 67 billion a year,” Bhatti said.

He added that if this silk is produced locally, it will provide employment to 670,000 families at home, most of whom will be rural women, and there will be a significant decline in poverty, especially in rural areas.

On account of the favorable climate, 80% of silk farming activity is in Asia. With sufficient and cheaper labor, Pakistan enjoys more opportunities even for export. For example, some Chinese private companies visited Changa Manga in 2018 and found great potential for silk production and placed orders with local farmers.

For the feed of silk farming, the Punjab government has planted mulberry on 500 acres which can support 2,000 to 3,000 families and planned more in the Ten Billion Tree Tsunami Project. Chinese mulberry is also included in this, which is much smaller and easy to pluck leaves.

“Within each district, 50 acres of mulberry will be planted on canals and 50 acres in government forests. In this way, 500 or 600 more families in each district will be able to obtain mulberry leaves and raise silkworms," said Bhatti.

Now silkworm seeds are imported from China given their good production and resistance. The official suggested the seeds be given to the poor people at subsidized rates considering the high taxes, and more technical exchanges and cooperation conducted between the two countries.

“The staff in the silk sector is limited. The number of technical staff is about 106. They had to visit homes in the whole Punjab and also in remote rural areas. We hope for more training in this field.”