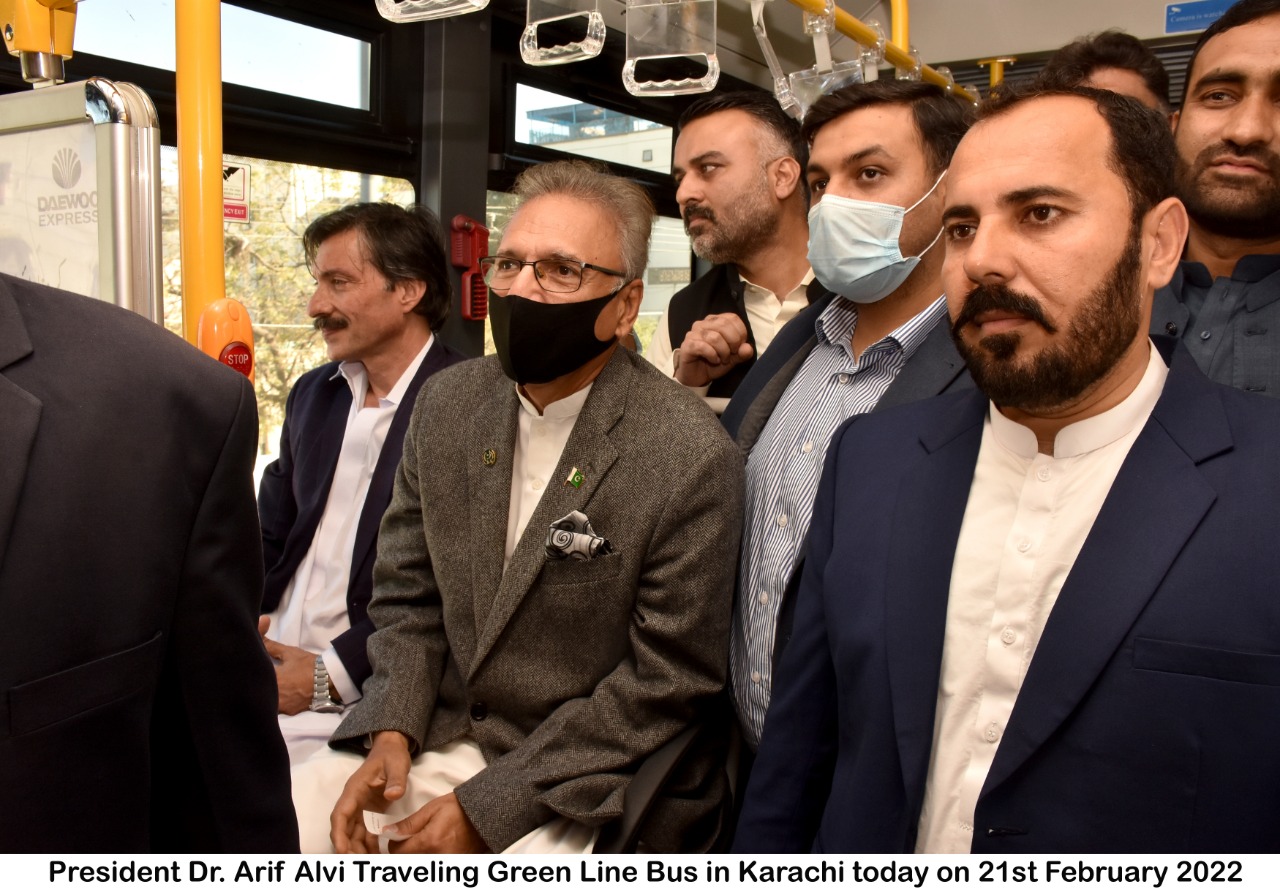 The authorities launched a new BRT service for the Karachi residents, under the Green Line BRT project recently with 80 China-made buses.

The fuel efficient and environmentally friendly buses, imported from China, cover a track of 21 kilometers from 6 in the morning till 10 at night.

Twenty-two bus stations have also been completed. The administration of the project announced that a bus will arrive at the station every three minutes.

The bus service starts from Karachi Electric Supply Company (KESC) Powerhouse Chowrangi in Surjani Town and terminates at Municipal park after passing through Nagan Chowrangi, North Nazimabad, Nazimabad and Gurumandir, with 25 stations along its route. The bus service will cater to 300,000 passengers on a daily basis.

Speaking to journalists during his ride on BRT Green Line Bus project, President Alvi said the service had been launched to facilitate the people of the mega city of Karachi, who would now enjoy a comfortable journey in their inter-city movement.

“It is a matter of pleasure that the commuting time for the Karachiites had been markedly curtailed to minutes, thus ensuring profound relief from long hours of travel,” he added.

The President mentioned that the whole world was opting for BRT system in mega cities for a hassle-free traveling of the residents.

President Alvi also spoke to the female passengers about the BRT Green Line Bus project, who expressed their satisfaction over the service. They thanked the president for the provision of a comfortable transport to them. Earlier on his arrival at the Numaish Bus Station, Dr Alvi purchased his ticket for traveling on the Green Line bus.