BEIJING, Jan 29th (China Economic Net) - Pakistani Prime Minister, Imran Khan, will visit China and attend the opening ceremony of the Beijing 2022 Winter Olympic Games. In a joint interview with Chinese media on Jan 27th, PM expressed his expectation for the journey to Beijing and appreciated the efforts of the Chinese people in hosting the international sporting event. 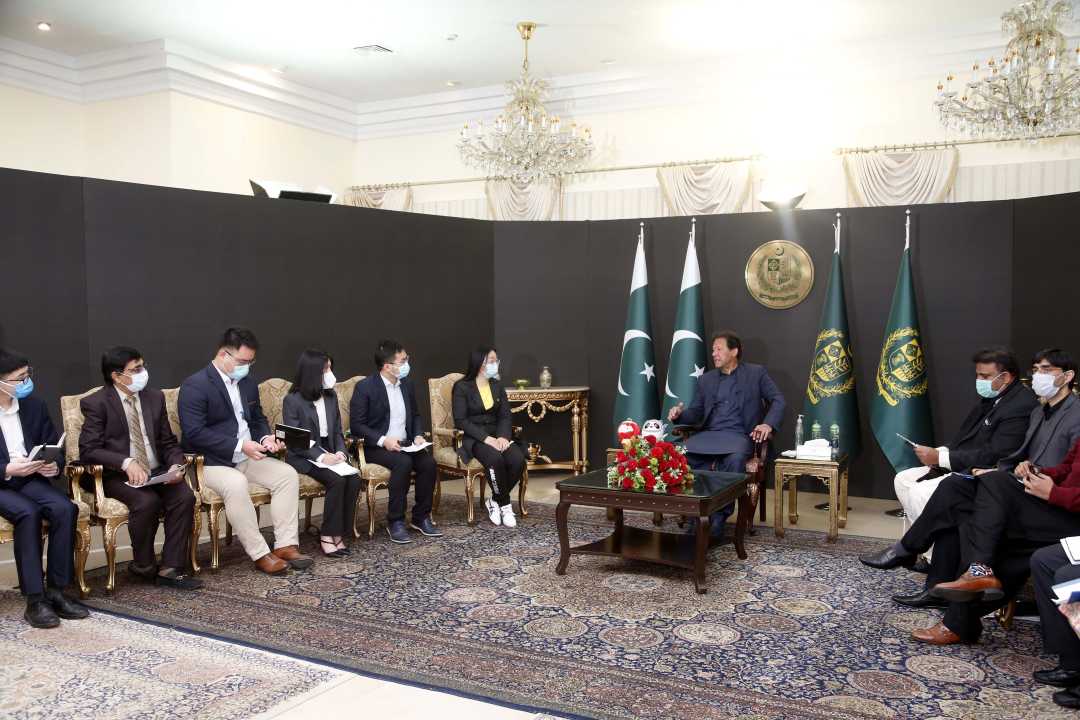 PM is looking forward sincerely to deepening the friendship between the two countries through his attendance of the opening ceremony of Beijing 2022 Winter Olympic Games. He said, the Chinese and Pakistani people have shared a 70-year friendship. He was still at school when the construction of Karakoram Highway was under way. Therefore, he witnessed the completion of the road, which has significantly improved the poor transport system in northern Pakistan. He expressed high respect for the efforts and sacrifices made by the Chinese people during the construction.

Meanwhile, Imran Khan recalled his nearly two decades as an athlete, he said: “as the former captain of Pakistan's national cricket team, I’m looking forward to Beijing 2022 Winter Olympics. This will be the first Olympics I've ever seen, and the first Winter Olympics I'll ever see up close. Since entering politics, I haven't had a chance to watch a sports event in person so I'm really looking forward to it."

He also expressed hope that as the relationship between Pakistan and China deepens, there will be more exchanges between the two peoples on the sport of cricket. "If there is a chance, we can teach Chinese how to play cricket so that China can also set up a great cricket team," PM said.

Imran Khan believes it is not easy to host a Winter Olympics while COVID-19 is still swiping. He appreciated the efforts of the Chinese people in hosting the Beijing 2022 Winter Olympics. "The pandemic has destroyed a lot of things, especially sports events around the world. Under such a circumstance, I think it is very admirable that China can successfully host the Winter Olympics."

Imran Khan said China has strong winter sports, while northern Pakistan is rich in skiing resources but has not been well exploited. He hopes to use Beijing 2022 Winter Olympics as an opportunity to cooperate with China in snow sports. "Gilgit-baltistan and many regions of KP province have excellent ski resorts and skiing is one of the most highlight competitions of the Winter Olympics. But until now we have not developed skiing in Pakistan, and there are fewer and fewer places to ski. So, we are trying to build more ski resorts in Gilgit-Baltistan, and after that we hope to cooperate more with China in ski sports and learn from the excellence of Chinese athletes in winter sports," he added.

On the occasion of the Chinese Spring Festival, the PM Imran Khan also extended his best wishes to the Chinese people in the interview. "Before the arrival of the Chinese Lunar New Year, I would like to send my best wishes to every Chinese. I look forward to a relationship between our two countries that is mutually beneficial for both peoples. On behalf of the people of Pakistan, I wish all Chinese people a happy Spring Festival," he said at the end of the interview.