YINCHUAN, Jan 27 (China Economic Net)-When the curtain of night falls upon Yinchuan, the “City of Silver” and provincial capital of Ningxia Hui Autonomous Region in northwestern China, Dr. Fazal Rahim stepped out the gate of one of the largest hospitals in the region. It has been snowing all day, but the wind is waning towards the evening. On crunchy snow, he walked back to his residence.

Dr. Fazal Rahim is a master student on burn and plastic surgery at Ningxia Medical University. Half a year later, he will graduate and become a doctor in a hospital or a Ph.D candidate.

Dr. Fazal Rahim comes from Upper Dir Wari, Khyber Pakhtunkhwa. He still remembers the first time when he came to China, which was then a strange and foreign land for him. However, his uncertainty and anxiety of going abroad was soothed when going off the plane at the Urumqi Airport and welcomed by teachers who had come to meet him crossing 144 kilometers from Shihezi to Urumqi, Xinjiang’s capital city.

With some food brought to him by the teachers, Fazal started his 8-year medical journey in northwestern China. Before going to Ningxia for graduate studies, he learned MBBS (Bachelor of Medicine and a Bachelor of Surgery) at Shihezi University,  Xinjiang Uygur Autonomous Region. Up to now, he has treated hundreds of burned patients.

For most Chinese students, medicine is a challenging major, because they have endless courses and examinations.

As a master student, working in the hospital is Fazal’s daily routine. “While in Pakistan, medical students learn more about the theories, in China we have more chances to gain first-hand experience by working side-by-side with surgeons in hospitals”. 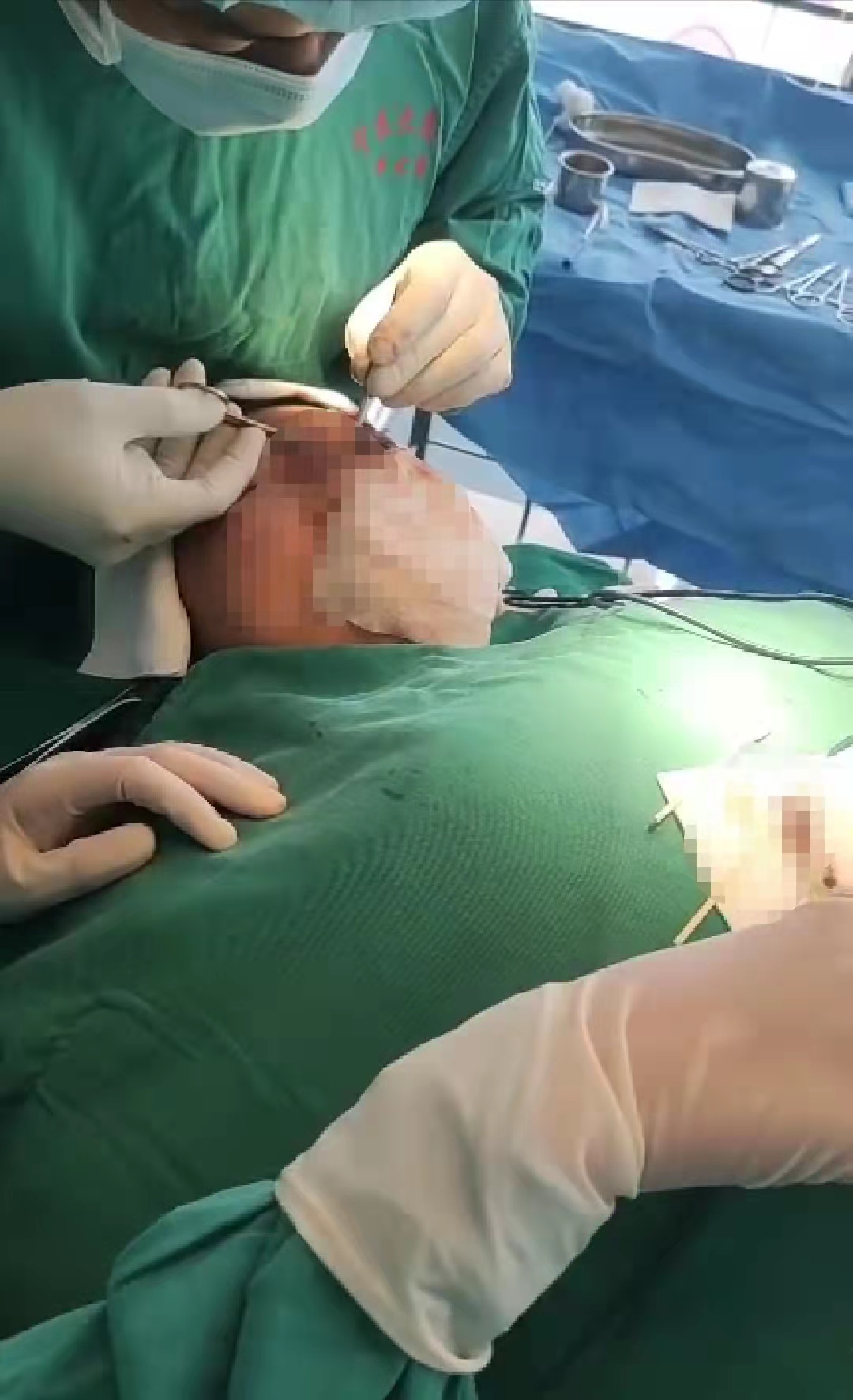 Most patients Fazal received are burned ones seeking for medical treatment from electrical burn, chemical burn and heat injury In his first assisting task of a grafting surgery, he worked for 14 hours in a row from morning till night.

But Fazal takes a positive mindset towards the pressure in his study and work in the hospital. “It was through these hands-on experience that I can better learn all the nuances and norms throughout the procedure. A patient may ask any questions and you have to be fully prepared”, he said.

It was also in the hospital that Fazal met for the first time in his life a patient suffering from four-degree burn. The damage penetrated through his skin and muscle to the bone. It took nearly two years for the patient to fully recover after a sophisticated grafting. “He said he felt like a rebirth”, said Fazal.

“Here I have witnessed many advanced medical equipment and technologies. Last year, we introduced robotic surgery. We are the second one in China to do this following a hospital in Shanghai”, he added.

“Sport is a bridge”

Fazal’s hometown and Ningxia share some similarities. Both located in the north of their respective country, they boast varied terrains and offer ideal resorts for winter sports.

Echoing the upcoming Winter Olympics to be inaugurated on Feb 4, Fazal’s university organized a winter sports meeting for the international students. “It was really fun. I felt immersed in the world of ice and snow when I soared down from the snowy slope”. From skating, skiing, bike-riding on ice, to “treasure hunting” on the snow land, etc., Fazal and his Pakistani fellows won three games, the most of all the teams with a combination of students from Africa, India, Bangladesh, etc. 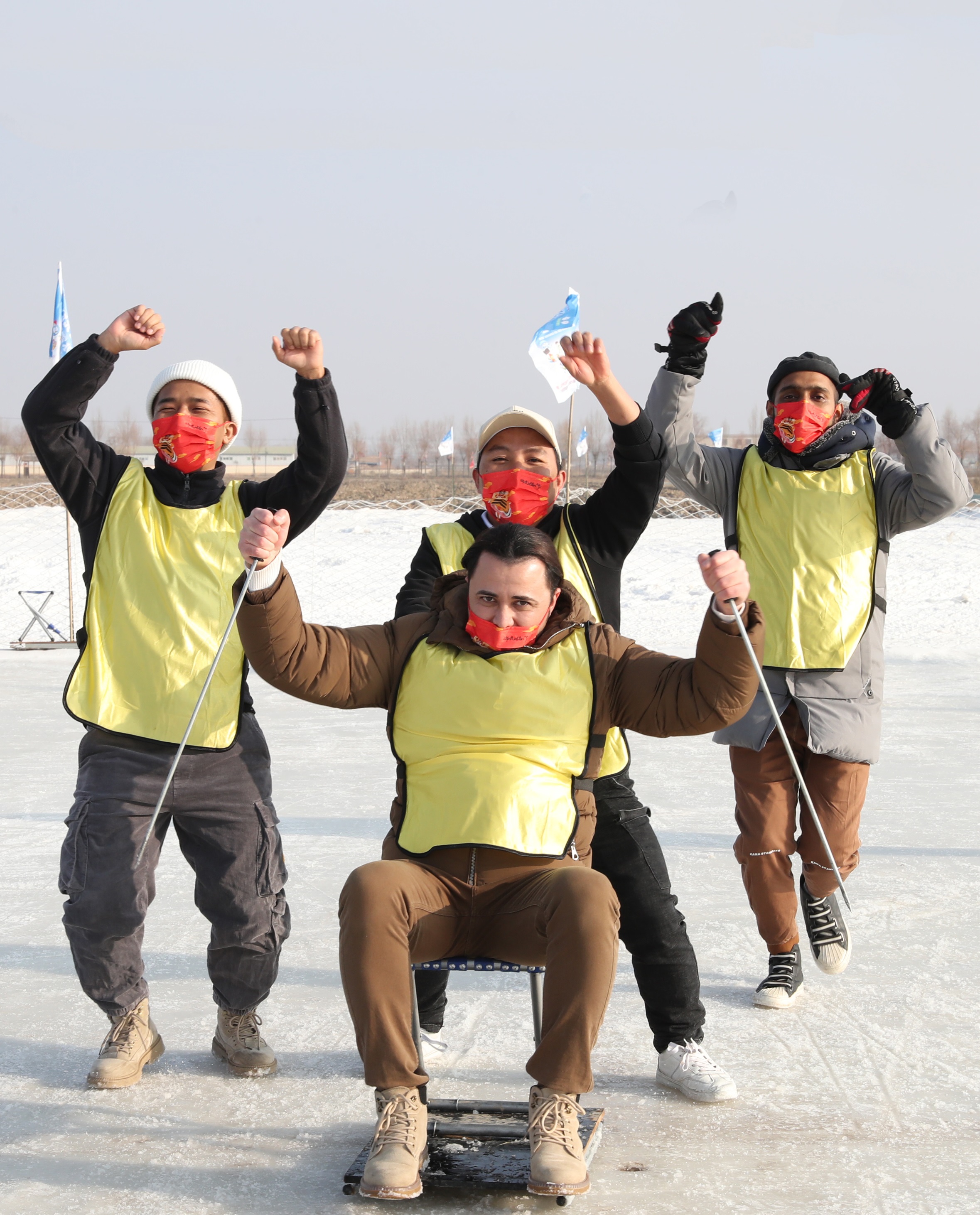 Fazal is a sports fan. During his spare time, he likes playing badminton and volleyball with his Chinese friends. Sports have become an integral part of his life and a bridge connecting him and his peers in China.

“As in all sports, winning or losing is not the most important thing. To build the bonds with others and ignite your inner passion through sports is more meaningful”, said Fazal.

Talking of the Beijing 2022 Winter Olympics where three Pakistani athletes will participate, Fazal sent his best wishes, “Looking forward to seeing them in the sports venue and showcase the best that Pakistanis can do”, he concluded.