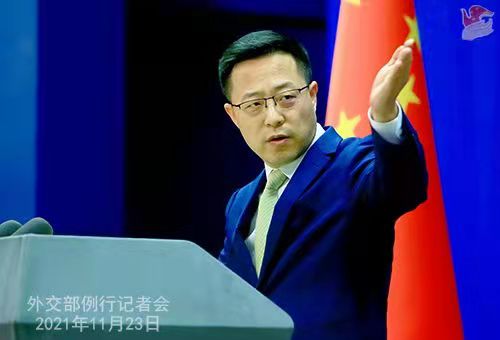 BEIJING, Nov. 24 (Gwadar Pro) – “We appreciate the importance the Pakistani side attaches to the China-Pakistan Economic Corridor (CPEC) and their support for the development of Chinese companies in Pakistan,” said the Chinese Foreign Ministry Spokesperson Zhao Lijian on Tuesday’s routine Press Conference.

Zhao made the remarks when asked to comment on Pakistani Prime Minister Imran Khan’s expression in an investment promotion and feedback meeting with Chinese businessmen.

PM Imran Khan said that Pakistan will firmly advance China-Pakistan Economic Corridor and will support Chinese businesses in Pakistan on a priority basis. Khan also said that China and Pakistan were connected, not only in the past and present, but would remain united through their future generations too.

Zhao said: “We have noted the positive remarks by Prime Minister Imran Khan.”

He added that CPEC, as a pilot project of the BRI, has effectively promoted Pakistan's economic development and improvement of people's livelihood and has produced positive socioeconomic effects since inception. China is ready to work with Pakistan in implementing the consensus of the two leaders, focus on industrial, agricultural, scientific, social and livelihood cooperation, keep unleashing CPEC's positive effects on driving growth and bettering people's lives, and build CPEC into a demonstration program of high-quality development under the BRI.

Zhao said that “China will always support Chinese companies in investing and developing in Pakistan to make contribution to CPEC and China-Pakistan economic and trade cooperation.”