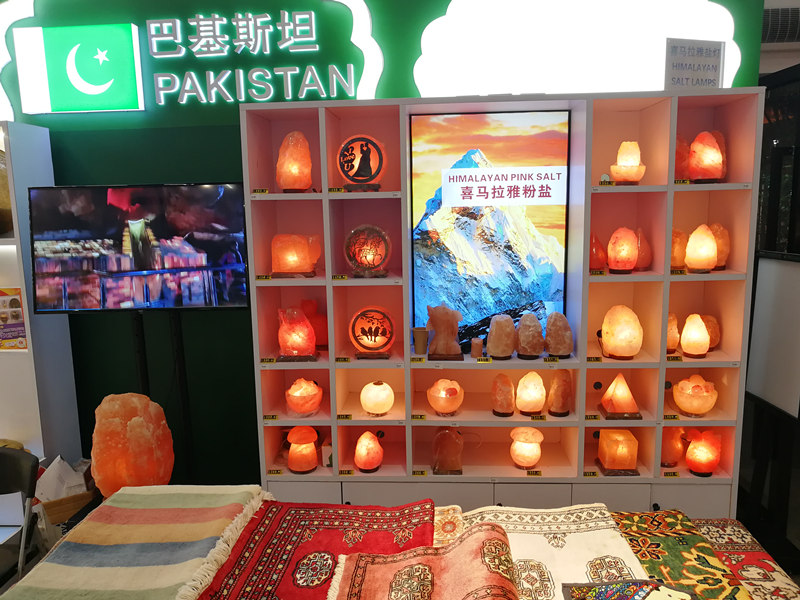 “A kind of hand-made carpet combined both Chinese and Pakistani elements will be promoted at CIIE,” said Habib.

“We know clearly what Pakistani cultural products and handcrafts will be popular with Chinese consumers, as my family has been engaged in the carpet businesses for nearly 20 years in China,” Habib said confidently.

“Our hand-made carpets, natural color, features unique patterns. Some patterns contain Pakistani historical and cultural elements. Some patterns have been updated to harmonize with young decoration style,” he added.

“In addition to the design and color, the quality of our carpet is also very good. One of our old customers said that our carpet is still in a good state in his/her family,” said Habib proudly.

Besides carpets, Habib also brings the Himalayan salt lamps to CIIE, which he thinks “the best platform” for Pakistani goods to enter Chinese market.

“Himalayan salt lamps are carved out of Pakistan’s Khewra salt mine. The crystalloid salt of the lamps, containing nearly one 100 minerals, could release positive anion by being heated by bulb,” Habib told China Economic Net (CEN).

He added that “We can sell about 50 lamps on average every month at the Pakistan’s national pavilion at the Greenland Global Commodity Trading Hub in Shanghai.”

Good sales and positive feedback from customers encourage Habib to make additional orders. He told CEN, “These lamps we have sold are in common shapes. I will purchase lamps in special shapes soon and introduce Pakistan’s wonderful natural minerals to more people.”

Now, Habib is busy preparing for his 18-square meter- exhibition stand at CIIE scheduled from Nov. 5 to 10 in Shanghai, China.

Habib told CEN he is confident to enlarge his businesses and make more business partners at CIIE.

After the 4th CIIE, Habib also plans to bring in more Pakistani goods to show at Pakistan’s national pavilion at the Greenland Trading Hub. “I want more people to know our Pakistani culture and life,” said Habib.

Habib told CEN his father began carpet business in China in 2001. Since then, Habib and his elder brother, and younger brother have come to study in China. Habib came to Shanghai in 2009.

Habib said, “As a Pakistani, I always feel kindness and warmth whenever on a taxi or at a restaurant. We often feel “familiar” with each other as China and Pakistan are iron brothers. So I have never felt lonely in a country far from Pakistan.”

In addition to receiving the kindness, Habib has also returned that by his action. Habib joined a volunteer team made of foreigners in August 2016. These volunteers often go on patrol regularly and assist maintaining traffic order at Chengjiaqiao community, Changning district, Shanghai.

Habib made his own contributions to the city’s safety and traffic management. In recognition of his outstanding contribution, Habib was given the 2019 Shanghai Magnolia Silver Award.

As for the China-Pakistan Economic Corridor (CPEC), Habib thinks that besides strengthening economic linkages, it also increases people to people exchanges between the two nations.

For strengthening Pakistan-China traditional friendship, Habib advises young Pakistanis studying in China to integrate into his/her school, community or city by voluntary work or other ways.

Habib hopes that these students would become bridges of Pakistan-China communication and cooperation so as to enhance ironclad friendship. 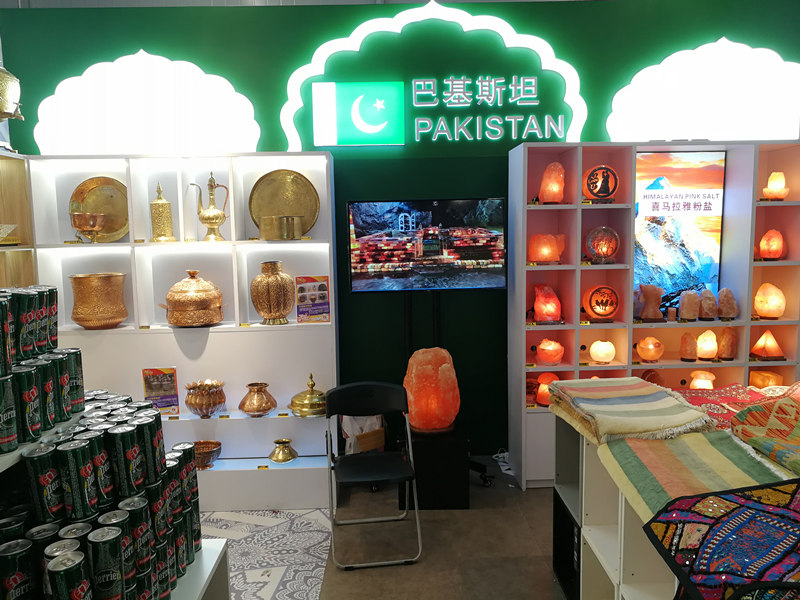