Pakistan to enhance automobile production to one million in next five years: Pakistani Ambassador 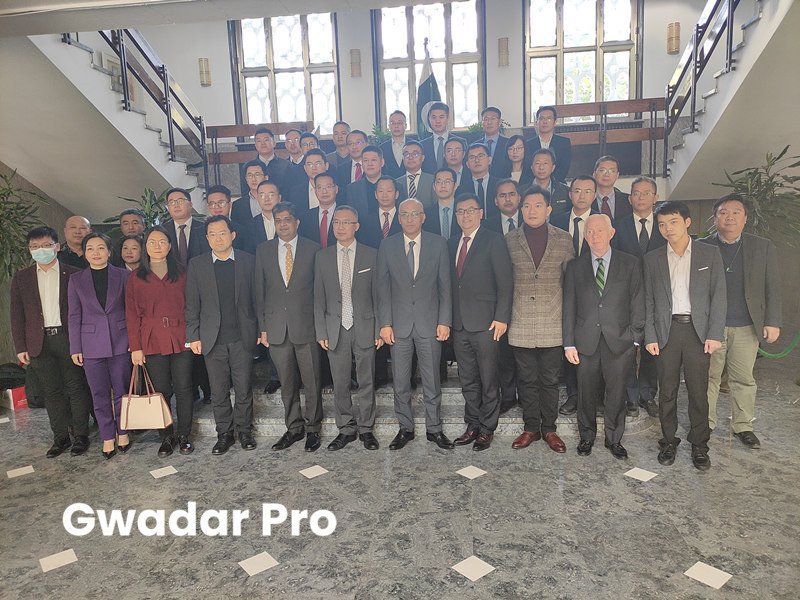 BEIJING, Oct. 20 (Gwadar Pro) – Pakistani Ambassador to China, Moin ul Haque has said that his country is planning to produce about one million units of automobile annually in next five years.

“Currently, we are manufacturing 250,000 automobile units annually and we want to enhance to one million in next five years,” he said while addressing Pakistan Automobile Industry Roundtable Seminar held at Pakistan Embassy, Beijing.

Over 50 representatives from China’s renowned automobile companies attended the seminar.

While addressing the participants, the ambassador said that a number of the Chinese companies are already in Pakistan in automobile manufacturing sector. While up to 10 new companies have showed interest to invest in Pakistan and are in the process of having joint ventures with their local partners in the private sector.

He informed that the government is formulating a new and very attractive automobile sector policy which will be announced soon, adding, more incentives and concessions in taxes are likely to be offered in the new policy.

Ambassador Haque said that automobile companies including manufacturers of energy vehicles from China will be invited to set up their plants both in the Greenfield and Brownfield sectors.

He said that automobile is the fastest growing sector in Pakistan because of the large demand in view of the population which is close to 220 million.

In the past, the Japanese manufacturers had set up their production units but recently the Chinese automobile companies also started looking at the opportunities available in Pakistan.

He said that China is now becoming one of the leaders of automobile manufacturer in the world with very high-quality products and expressed the pleasures that the Chinese companies have also entered into the Pakistani automobile market.

While sharing the opportunities under the China-Pakistan Economic Corridor (CPEC), he said that the flagship project of the Belt and Road Initiative (BRI) has entered into the second phase which is focusing on industrialization, science and technology and agriculture sectors.

“We are setting up special economic zones where we are inviting the Chinese investors to come and set up their manufacturing units,” he added.

Ambassador Haque said that special incentives and policies have been announced for the Chinese companies and so far, close to 100 Chinese companies have already established or are in the process of establishing their units in the special zones.

He said that the infrastructure like roads, highways and communication network is being upgraded in Pakistan and invited the Chinese companies to take advantage of all these incentives and expand their presence.

The Commercial Counselor, Badar uz Zaman said that the new automobile policy for years 2021 to 2026 will soon be announced, which will offer more incentives and benefits to local and foreign investors.
Badar also shared details of the incentives, concessions in the taxation and easy repatriation of profits.

“Many local companies listed with the stock exchange are very keen and are looking forward to the Chinese partners for the joint ventures,” he added.

He said that there are over 600 auto parts manufacturers who are also supplying the parts to the existing players, adding, “We offer very comprehensive auto financing policies and the banks are very active. And the amount that has been financed in cars is three times more than the housing finance in Pakistan.”

The commercial counsellor also shared with the companies details of concessions on taxes, duties and particularly cheap labour.

He said that in the current global scenario when there is a supply chain shock, and when it is difficult to move things from one place to another place, it is right time for the Chinese investors to take advantage of Pakistan location, low wages and other benefits. 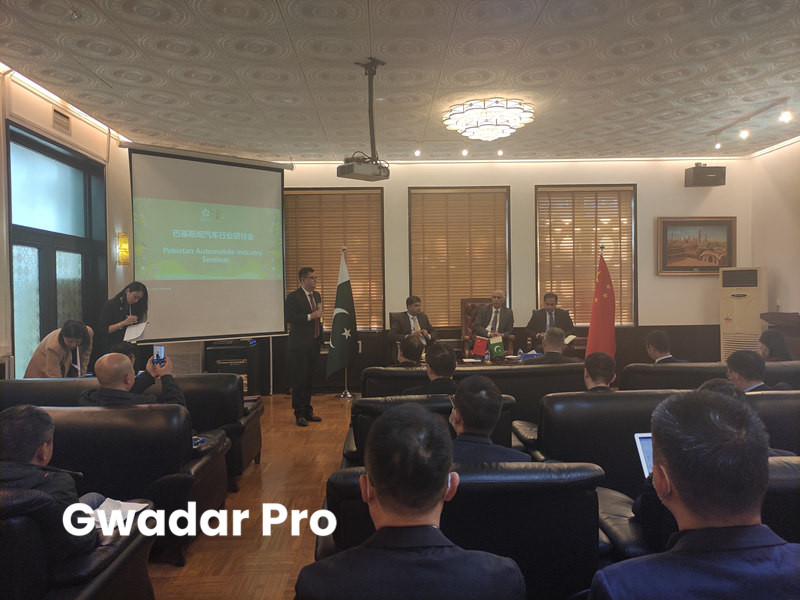