Pakistan Ambassador lauds the role of NBP in China

BEIJING, Oct 15 (Gwadar Pro) - The Pakistani Ambassador to China, Moin ul Haque visited the Chief Representative Office of the National Bank of Pakistan (NBP) here and appreciated its role in enhancing cooperation in the financial sector and promoting trade and investment between Pakistan and China. 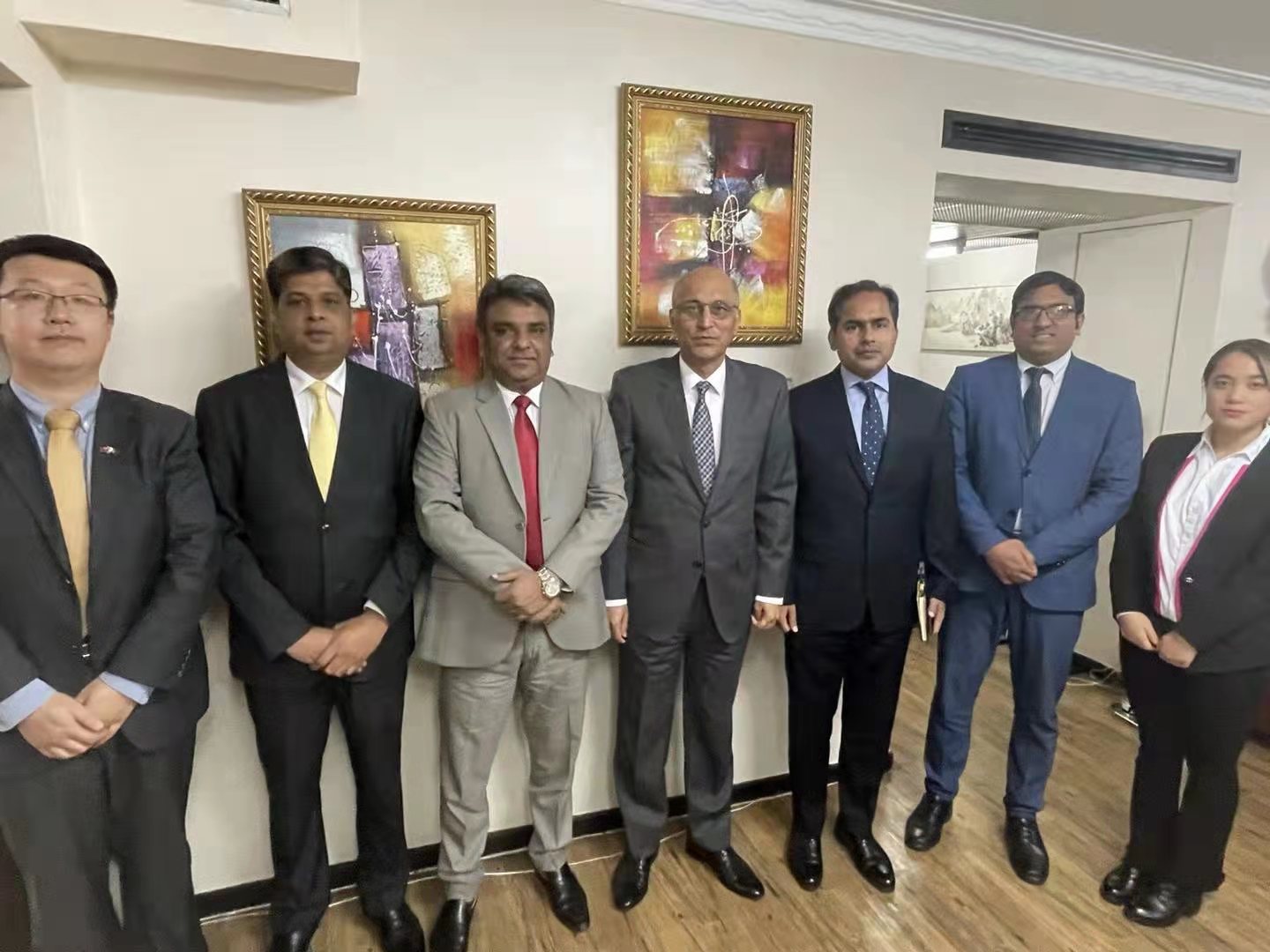 The ambassador remarked that Pakistan and China have a long history of relationship in the banking sector as the NBP’s first representative office was established around 40 years ago in China.

He expressed satisfaction over the growing banking and financial ties between Pakistan and China and appreciated NBP's progress and its growing share in the Chinese market.

While acknowledging the efforts of the chief representative for bringing the two countries together in the banking and finance sector, the ambassador hoped that NBP would soon open its branch and start commercial operations in China.

He assured all possible support of the embassy for the opening of a branch office of NBP and expressed the confidence it would greatly facilitate the traders and investors of the two countries.

The ambassador also talked to the Chinese staff of the bank and appreciated their contributions and performance.

Earlier, upon his arrival, the ambassador and his delegation were warmly welcomed by Shaikh Muhammad Shariq and his team.

Shaikh Muhammad Shariq briefed the ambassador on the NBP’s performance especially during the challenge of the Covid-19 pandemic and future business plans in China.

To further accelerate trade and investment activities under the China-Pakistan Economic Corridor (CPEC) and further enhance facilitation, NBP has submitted an application to the Chinese government for a grant of license to establish a branch in the Chinese capital.

Mr Shaikh Muhammad Shariq expressed his gratitude to the ambassador for all the support provided to the bank especially in its efforts to establish a branch in China.

NBP established a Representative Office in the Chinese capital in 1981 with a view to serve trade and economic activities between Pakistan and China.