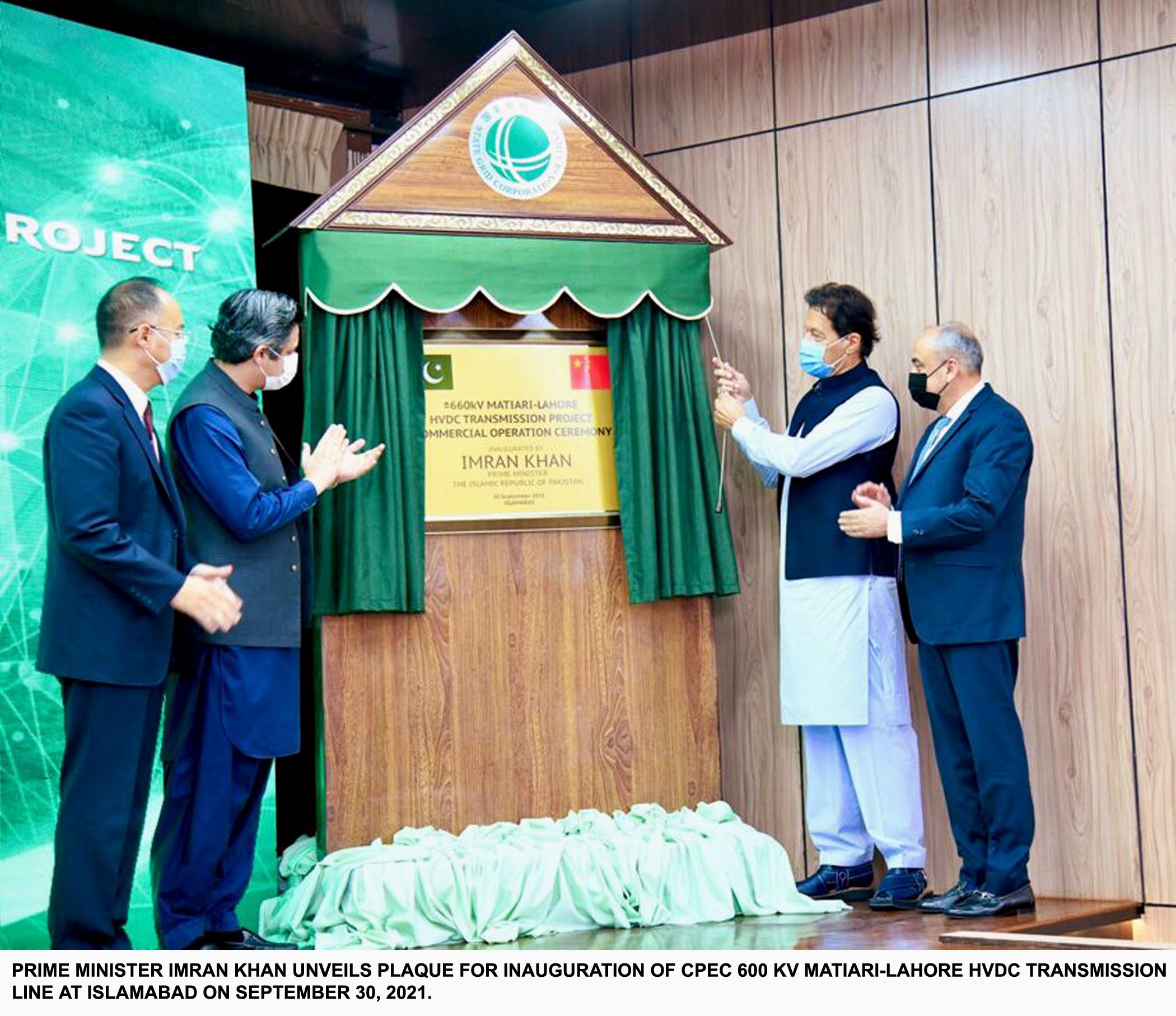 ISLAMABAD, Oct. 1 (Gwadar Pro) - Pakistani Prime Minister Imran Khan on Wednesday afternoon pledged that there will be no more delay in execution of the China-Pakistan Economic Corridor (CPEC) projects.

Addressing a ceremony here in connection with the inauguration of Matiari to Lahore 600 KV transmission line completed under CPEC, the PM maintained that some delay in implementation of CPEC projects was due to Covid-19.

He vowed to accelerate the pace of work on projects being executed under CPEC as the Covid-19 situation was improving.

Prime Minister Khan pointed out that the breakout of COVID-19 created some hurdles including disruption of supply chains which also increased prices of essential commodities.

“The situation is improving and progress will again be visible on CPEC related projects as well as bringing down inflation,” he contended. 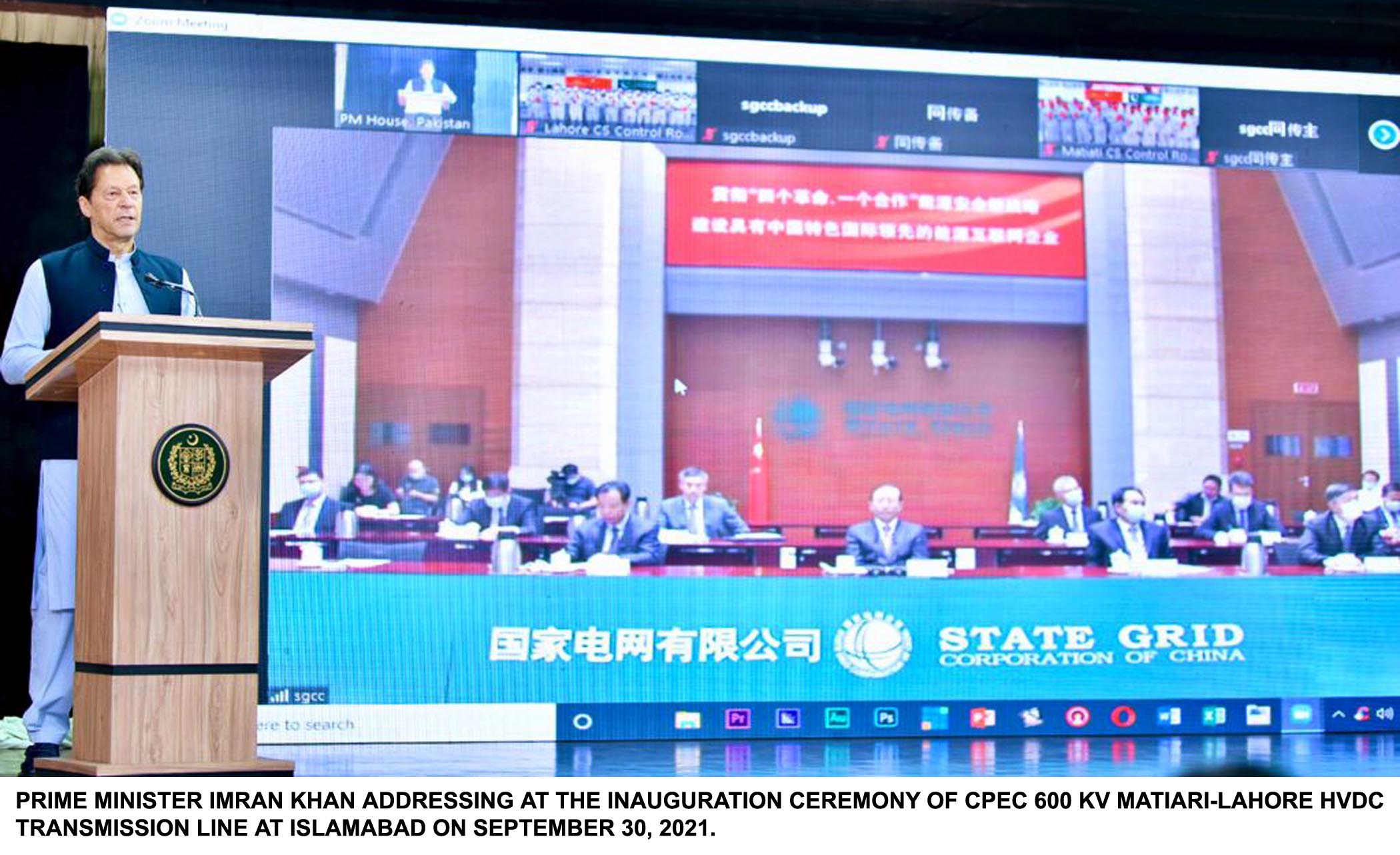 PM said the scope of CPEC was now being expanded from power generation and road infrastructure projects to cooperation in areas of industries and agriculture.

“The cooperation in these two important sectors will help Pakistan reduce debt burden through wealth creation,” he added.

Besides energy, PM stated, other CPEC projects under Chinese President Xi Jinping’s Belt and Road Initiative relating to industrialization and innovation in agriculture would be launched in the next phase.

He hoped that the completion of CPEC projects would lead to wealth creation and help the government pay off heavy debt.

Federal Minister for Energy Hammad Azhar said the project, which was made operational after testing it in three phases including the peak seasons, would help remove transmission bottleneck.

He underlined that CPEC’s power projects were important pillars of Pakistan’s economic system and were acting as “smart and efficient sources” of green energy generation.

Chinese Ambassador to Pakistan Nong Rong - terming the operationalization of the 660 KV HVDC project as a milestone - said Pakistan’s power grid system had now entered a new era of development and upgradation.

He pointed out that cheap electricity was the key to socio-economic development of Pakistan and vowed that China would continue to extend its support in this regard.

He told the audience that the 886 km transmission line would go along 510 km of motorway and create around 70,000 jobs in the country.

Xin Baoan, President of State Grid Corporation of China, in his video-link address to the ceremony pledged that his corporation would work closely with its local counterparts in Pakistan on projects of energy cooperation.

National Electric Power Regulatory Authority (NEPRA) has already approved the total cost of the project of $1,658 million (including taxes and insurance) and has issued a tariff determination of Rs.0.74 per kWh at the rate of $ 1 (equal to Rs 104.4).

The monthly HVDC Line capacity charges for 4,000 MW are Rs 4.2 billion approximately (after indexation in tariff).

The project is being executed on a Build, Own, Operate and Transfer (BOOT) basis for a 25 years term. The operation and maintenance of the converter stations will be carried out by Pak MLTC and that of the Transmission Line by NTDC.

The self-supported towers have been installed for bi-pole HVDC line with Quad Bundle Conductor and size of 4×1250 mm2.

The testing and commissioning of the project continued for more than one year and was completed on August 18, 2021 after its trial run for 168 hours along with capability demonstration tests.