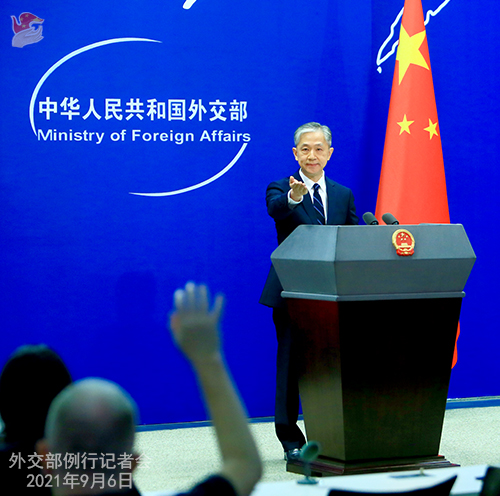 Wang made the remarks when asked to comment on Pakistani Prime Minister Imran Khan’s remarks on China’s role model for developing countries in poverty alleviation.

Wang said that China appreciates the positive remarks by PM Khan. Wang introduced that by the end of 2020, China had fulfilled its poverty alleviation target for the new era as scheduled, lifting nearly 100 million impoverished rural residents living below the current poverty line out of poverty.

Wang said that as a major country with nearly one fifth of the world's population, China has achieved the poverty reduction goal set in the UN 2030 Agenda for Sustainable Development ten years ahead of schedule.

This has enabled hundreds of millions of Chinese people to live a better life, and significantly reduced the impoverished population in the world.

It marks an important contribution to the global human rights cause, Wang added.

Wang pointed out that the key to China's historic achievement in eradicating absolute poverty lies in the fact that the CPC always puts people first, gives high priority to poverty reduction in its governance and eliminates poverty through development.

China has been advancing poverty reduction based on its own reality, giving full play to the principal role of the impoverished population and pooling the strength of all parties to form strong synergy.

Wang said that China is ready to make greater contribution to the building of a poverty-free community with a shared future for mankind featuring common development.