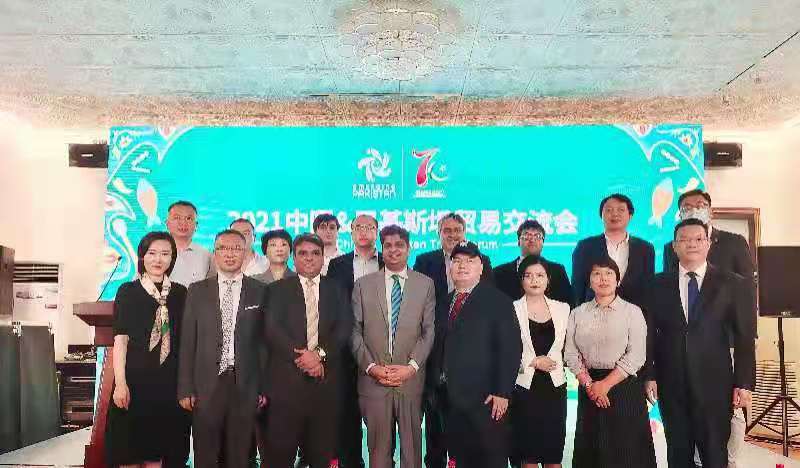 Deputy Head of Mission, Pakistani Embassy in Beijing, Ahmed Farooq highlighted the importance of collaboration of two nations in trade and investment and briefed the favorable investment policies of Pakistan to the Chinese investors.

Mr. Hanif Lakhany, Vice President of Federation of Pakistan Chambers of Commerce & Industry (FPCCI) said that China has become a role model for developing countries and an important partner in Pakistan's economic development.

Commercial Counselor Badar uz Zaman explained the investment-friendly policies of the Pakistani Government and strong consumer demand in the country in addition to the benefits of manufacturing in Pakistan.

He further said that the exports have increased 34%, which is the single largest export increase from Pakistan to China in any year. Due to the second phase of China-Pakistan Free Trade Agreement, almost 90% of the markets have been opened from both sides.

"The 2nd phase of China-Pakistan Free Trade Agreement added 313 new products to the Chinese market on zero duty, which presents 8.4 billion dollars, accounting for almost 50% of the exports of Pakistan," he added.

Badar said that Pakistan is quite a good destination for tourism, while the IT industry has crossed $2 billion. He hopes that Pakistan will take eight to ten years to overtake India in trade with China, which are now $17.49 billion and 77.7 $billion respectively.

The event was attended by senior officials of the Pakistan Embassy, FPCCI, Chinese enterprises, media, and the local public.