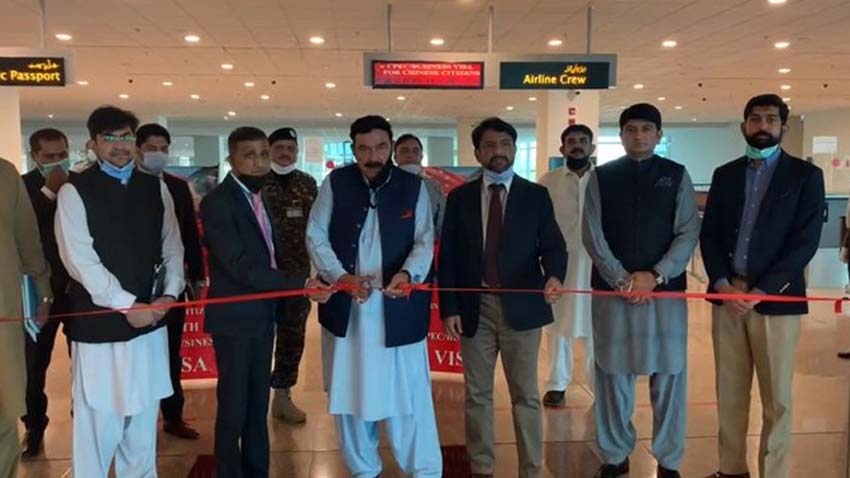 ISLAMABAD, July 24 (Gwadar Pro) - Pakistan on Friday afternoon introduced a special immigration counter for the Chinese nationals at the Islamabad International Airport (IIA) to grant them the fastest immigration facility.

Speaking to the journalists after the inauguration, he said, the counter would provide exclusive and the fastest immigration facilities to the nationals of China.

“CPEC (China-Pakistan Economic Corridor) visa holders would also take benefit from the special counter. A separate category visa for CPEC is issued by the interior ministry,” he added.

In May, Interior Minister Sheikh Rashid Ahmed had announced a new visa policy that will grant a work visa to Chinese nationals working at the CPEC projects for a minimum time period of two years.

The minister explained that Chinese citizens would now be issued two-year work visas within 48 hours from the respective missions, and a separate visa category has been created for Chinese citizens related to CPEC projects.

He said the government ensured that the special desks be set up to facilitate Chinese citizens at the Pakistani airports.