“We Shed Our Blood and Sweat Together at KKH” , says former Chinese Ambassador

BEIJING, July 19 (China Economic Net)- “More than 23 years of my life was tied with Pakistan, during which I buried friends for the Karakorum Highway, went through the 2005 Kashmir earthquake with the Pakistani people and dealt with many unexpected events.” Zhang Chunxiang, former Chinese ambassador to Pakistan told China Economic Net on the occasion of the 70th anniversary of the establishment of diplomatic relations between Pakistan and China.

In a nearly 3-hour interview, Zhang shared his detailed memories and stories of his days in Pakistan as a liaison officer and a diplomat. The reporter believes that his 23-year experience bears testimony to the relationships between China and Pakistan.

“We shed our blood and sweat together at KKH” 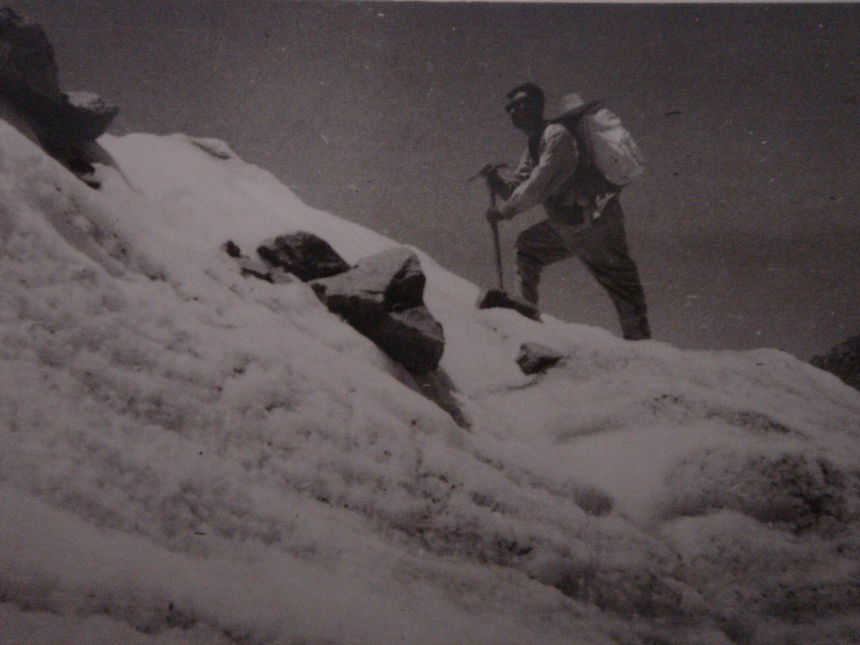 “My stories about Pakistan begin at the construction site of the Karakoram Highway. This part of my life shaped my understanding of the relationship between Pakistan and China, and encouraged me to become a diplomat.” Zhang stated.

The Karakoram Highway, also known as the Friendship Highway between Pakistan and China, was built by the governments of Pakistan and China. Traversing mountains above the height of four thousand meters, KKH is often declared as a“road to paradise" which redefined trade activities among Hindukush, Karakoram, Pamir & Himalaya mountains.

To Zhang, KKH is a marvel of civil engineering filled with bittersweet memories.

“Initially, I worked as a liaison officer to help Chinese scientists conduct research on road hazards at Batura Glacier, and collect scientific data for the 2nd phase construction of KKH. We nestled at an elevation of 5300 meters above sea level, even though the water will not boil at that altitude. Heard that we do not have access to vegetables, Pakistani villagers voluntarily sent us apricots.” Zhang said.

Facing stones, rockfall, floods and earthquakes, climbing the Batura Glacier and conducting research is not for the faint-hearted, Zhang remembered: “Pakistani people are the kindest. On hearing that we needed to climb the peaks at Batura Glacier, elders who lived beneath the mountain worried deeply, they insisted on travelling with us... 1 time, they followed us for 2 hours.” From then on, the idea of “ironclad brothers" has deeply rooted in Zhang’s heart. 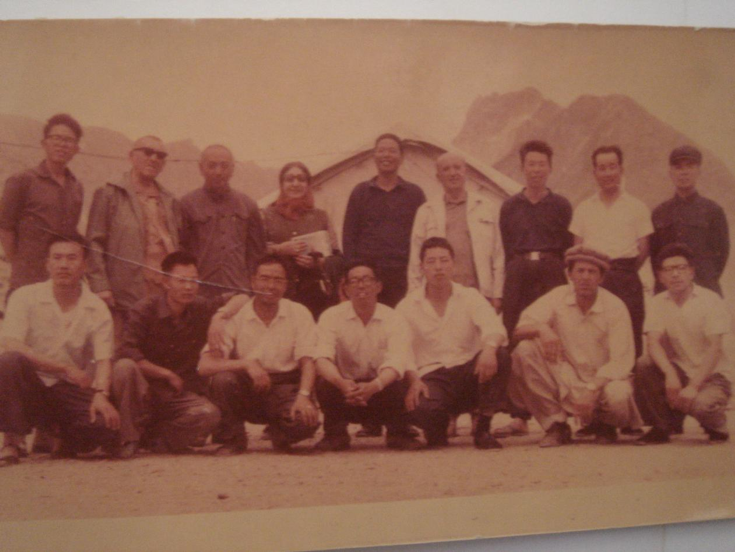 Owing largely to the brutal working condition, many Chinese and Pakistani workers and engineers rested forever between the mountains.

Zhang recalled the death of a Chinese senior officer, Wu Zhiye, “Wu was trying to stop the Pakistani villagers from entering the danger zone as the road section had just been blasted, he got hit by a rockfall and died. The villagers who were saved were devastated. Their cries filled the mountains. Wu and I are from the same province in China. No words can express my sorrow for the loss of a diligent and brave young man, and I salute him for contributing his own life to others.”

The days spent at the KKH shaped Zhang’s character. He described himself as “not afraid of death, only fear of being incompetent.”, claimed that there were no other professions that he would rather choose, except for devoting his life to the Pakistan and China relationship.

“I have witnessed how the Pakistani and Chinese workers fought side by side against the cruel environment. Based on mutual trust, they united regardless of their nationalities and beliefs, all to secure the well-being of the two people.”

A Promise is a Promise

Before Zhang went for his appointment at the embassy, he promised his Commissar that he would come back to visit the villagers, and pay tributes to those who had perished.

“The KKH brought tremendous changes to the people who live in northern Pakistan. When I visited the villagers who had helped us, I noticed that their children were able to play cricket nowadays—before the construction of the KKH, it took many days for a child to go to school, let alone purchase cricket equipment!”

In 2005, with Zhang’s efforts, a monument engraved in Chinese, English and Urdu was set up in the Gligit Chinese Memorial Cemetery, where Wu Zhiye and other martyrs lay. 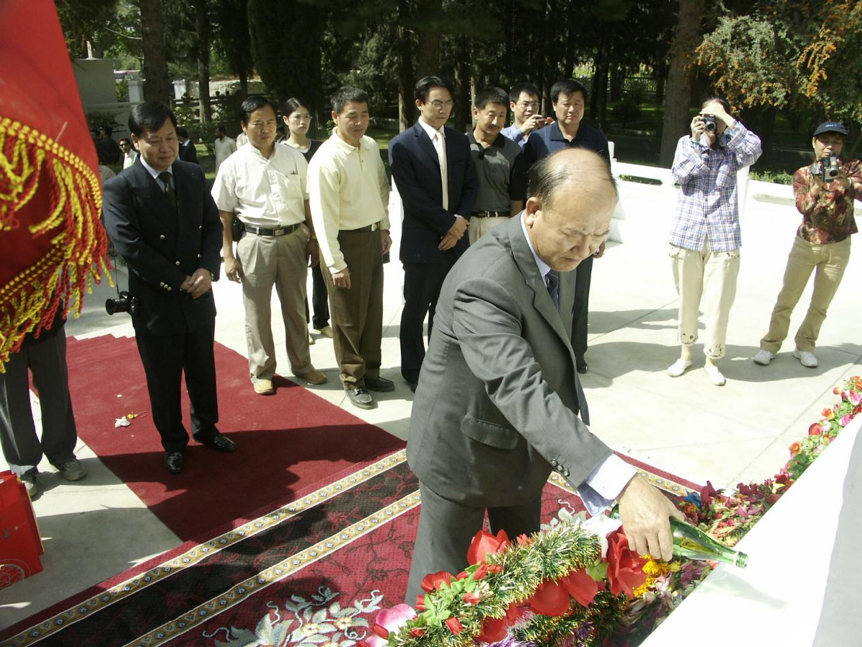 “I promised, I would come back to northern Pakistan and pay my late friends visits. I fulfilled that promise..." The 73-year-old veteran burst into tears. “Those days at the KKH construction site made me realize that the well-being of the 2 people is closely tied together. I have faith that we will support each other in the increasingly complex international environment.”

Kashmir Earthquake：Raced Against the Clock to Save Lives

“I was reading the newspaper in my office in Islamabad when I felt the tremor, immediately, evacuation at the embassy started.” Zhang Chunxiang recalled the 2005 Kashmir earthquake.

On 8th October, 2005, a magnitude 7.6 earthquake occurred in Pakistani- administered Azad Kashmir, causing the death of more than 80,000 people, and is considered the deadliest earthquake to hit South Asia to date. It happened in the 3rd year of Zhang's tenure as the Chinese ambassador to Pakistan.

“After the escape, staff at the Chinese embassy began to work in the front yard of the embassy and in cars. We have 2 urgent missions: to find out the casualties of Chinese citizens, and to apply for assistance.”

The Chinese government responded to this humanitarian crisis with lightning speed. A 49-member rescue squad with sniffer dogs were gathered before dinner time on October 8, 2005. Later, US$1 million in cash was sent out on October 10. According to statistics, the government of the People’s Republic of China offered emergency aid worth US$6.2 million in total to help Pakistani earthquake victims.

“On October 9th, 2 hours before the arrival of the Chinese rescue squad, I met with the then Foreign Secretary of Pakistan, Riaz Mohammad Khan, and suggested that the Chinese squad should go straight to Balakot-- because of the chilling fact that no news or information has got out of Balakot since the earthquake.”

The earthquake that occurred during Ramadan overwhelmed the Pakistani government. Zhang and his crew at the embassy had to recruit civilian trucks to transport aid and the rescue team sent by China.

“Time was running out! We went on the street to stop civilian trucks. Pakistani drivers heard that we were a Chinese rescue team trying to reach the epicenter, voluntarily joining us. A lifeline consisted of 15 civilian trucks hastened to Balakot through the darkness of midnight.” Zhang said.

The Chinese rescue team arrived at Balakot on October 10, as the only rescue team in the village.

“Once I set foot on Balakot, sorrow filled my chest. I just visited the close by area 1 year ago, almost an entire generation of Balakot’s citizens were wiped out"Zhang sunk in thoughts.

70 years，the past and the future

“The future generation in Pakistan and China got to remember what the old guys had done.” Zhang laughed.He said that the friendship between China and Pakistan is unique in the world, and the growth of Pakistan-China relations in the long run will need the involvement and contribution of the younger generation.

“We shall not forget that our old friend had supported us countless times in the global arena. Through my experiences and memories, I wish to say to the world that the friendship between Pakistan and China was never empty words. We need each other, especially in today’s political environment”.