Gwadar power plant to light up "gate of wealth" 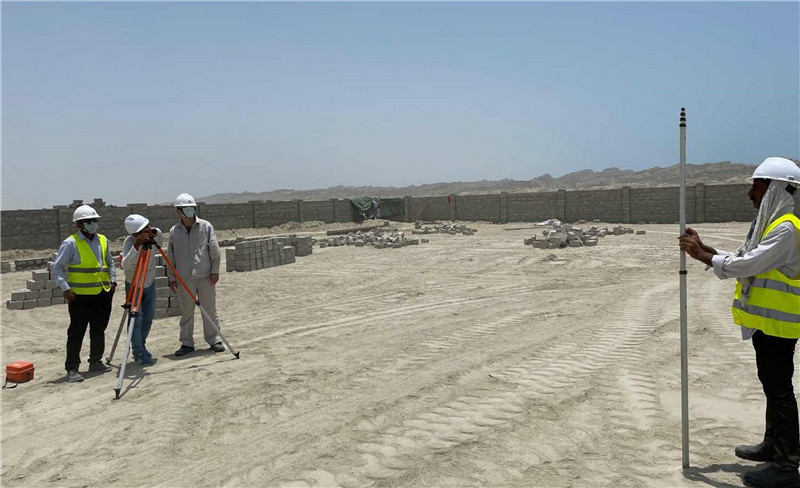 Chinese and Pakistani workers at the construction site of Gwadar power plant.

GWADAR, June 16 (Gwadar Pro) - While addressing a meeting with members of Association of Builders and Developers of Pakistan, Shahzeb Khan Kakar, Director-General of Gwadar Development Authority, stated that work is in full swing on a 300 megawatts coal-fired power plant, the project will be functional by October 2023. Around 150,000 people of Gwadar will be free from electricity and water problems by the end of 2023 under the 2050 Master Plan of Gwadar.

The power plant, an independent power producer, is one of the key energy projects on the China-Pakistan Economic Corridor (CPEC). The project aims to improve the reliability of local power supply and gradually solve the current situation of economic development and urban construction in the Gwadar region being restricted by the shortage of power.

"We are currently spending millions of dollars a year to generate electricity from diesel generators. I hope the plant will be put into operation soon to solve the port's power problem," said Zhang Baozhong, Chairman of China Overseas Ports Holding Company.

The power plant is of great significance to deepening the energy cooperation between China and Pakistan, boosting the development of the Belt and Road Initiative, improving the overall power structure of Balochistan, and promoting local economic construction in Gwadar Port.

In January 2021, Chinese Ambassador to Pakistan Nong Rong visited all major projects under CPEC in Gwadar, including Gwadar Power Plant, the New Gwadar International Airport Project, the China-Pak Friendship Hospital, China-Pak Technical and Vocational Institute in Gwadar, the Gwadar East-bay Expressway Project, Gwadar Free Zone, and Gwadar Port. Nong said that the Chinese side attached great importance to the development of Gwadar, and he had every good reason to believe that Gwadar would become a shining pearl of the region. 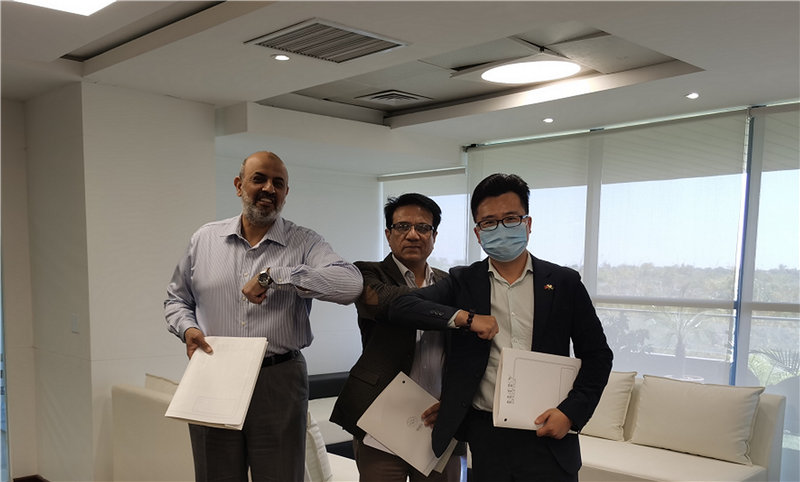 At present, China Communications Construction Company (CCCC), the project investor and constructor, is actively promoting the operation of the project. Zhao Bo, chairman of CCCC(CIHC PAK POWER COMPANY（PRIVATE）LIMITED), has signed relevant agreements with Private Power and Infrastructure Board, Central Power Purchasing Agency and other authorities in Pakistan.

According to Power China SEPCO1 Electric Power Construction Corporation, the general contractor of the project, the construction of the pre-production and living camps and plant walls of the power plant is progressing smoothly. SEPCO1 project manager Ma Bo said that they will continue to vigorously promote localized management and fulfill the social responsibility of China's central enterprises. They plan to hire more than 1,300 local residents during the construction period and provide more than 3,000 jobs after its completion.

The word "Gwadar" is a combination of two Balochi words – guad meaning wind and dar meaning gateway, thus Gwadar means "the gate of wind". Mir Jahangir, a local builder, said: "the power plant not only brings us jobs, but also light and hope. I hope the plant will be put in use as soon as possible to illuminate the "gate of wind" into the "gate of wealth".