A vast number of contestants showed great enthusiasm for the “My China-Pakistan Friendship Story” Essay competition which ended recently. Organizers received more than 150 manuscripts in Chinese and English. The contestants expressed their heartfelt attachment and sincere praise for the all-weather friendship between the two countries from various angles. Based on the principle of fairness, impartiality, and openness, 24 award-winning works, including 3 first prizes, 5 second prizes, 6 third prizes, and 10 excellence prizes were selected.

Mr. Lou Ningli's work titled "Achieving Extraordinary with Great Love" won the first prize among Chinese essays. He described the glorious deeds of a Pakistani driver of China's MCC Resources Development Company Ltd. "In the face of the terrorist attack in 2018, with a strong sense of responsibility to 18 Chinese employees, he relied on superb driving skills to stop the bus steadily, thus avoiding the occurrence of second casualties. The explosion burned his face and arm, but he immediately assisted the military to help Chinese colleagues move as soon as possible, and removed all the luggage and belongings of the Chinese personnel regardless of the pain in his body and personal safety." Lou wrote.

The driver’s deeds have become a valuable spiritual wealth for the staff to unite as one and strive for progress, and it is also an eternal symbol of the immortal spirit of friendship between the two countries.

Syeda Esha Gardezi, the first prize winner in the category of English essays, said that China has always been a part of her life. Her father often purchased wonderful trinkets and paintings from Beijing and Guangzhou, and her childhood bedtime stories are all about the lively streets of China in the 20th century.

“Therefore, having native Chinese acquaintances and family friends was common, so common that they circulated this competition’s pamphlet to my father, who urged me to sign up. My story with China is a series of novels yet to be filled with quills of hope that I intend to ink with the most glorious penmanship. I find iIt so magnificent about my relationship with China, which is an unconventional love.” Syeda Esha Gardezi said. 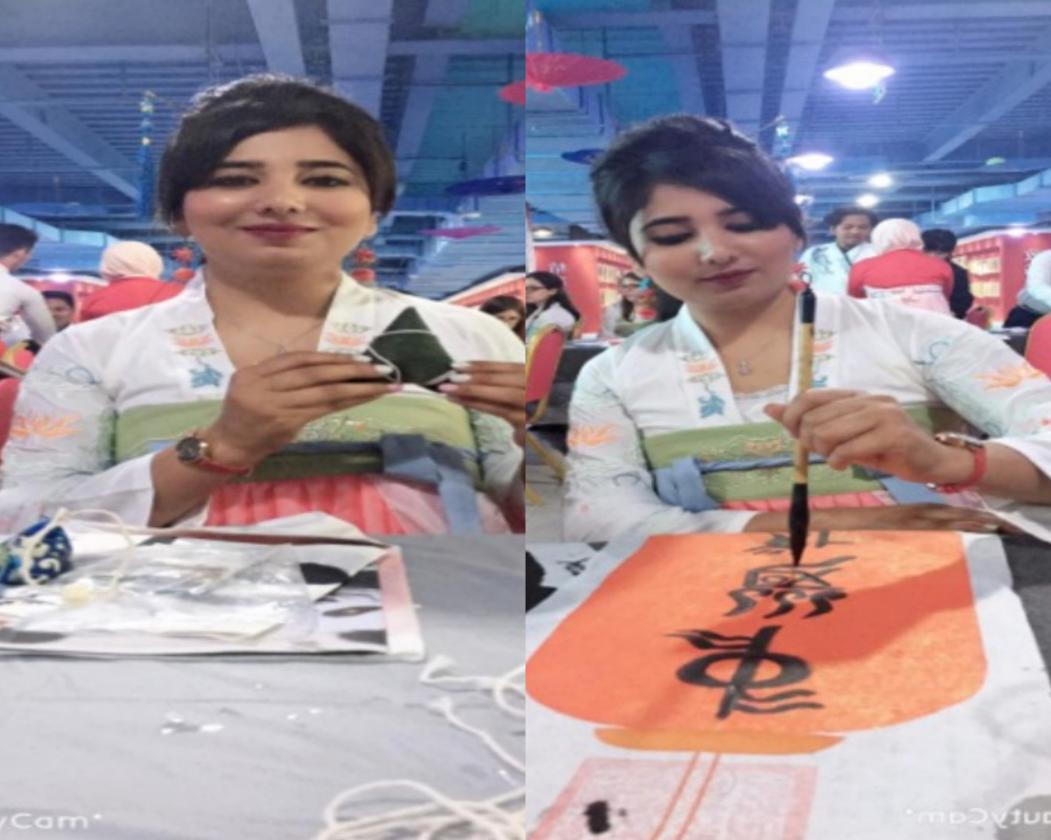 In her article, Kiran Bibi, who graduated from Beijing Language and Culture University, described the beauty of China in her eyes, "China is a country that has the courage to take responsibility. It is willing and active to assist countries in need and has sent technology, capital, and talents to help them build their homes. I will work hard to improve myself and contribute my light and heat to Chinese Dream and China-Pakistan Economic Corridor (CPEC) construction!”

Kiran Bibi said that the Confucius Institute in Islamabad was an opportunity for her to start learning Chinese, and she was fascinated by the broad and profound Chinese culture with a long history. In recent years, many Chinese and Pakistani enterprises have invested in each other's countries, but Pakistanis who speak Chinese and Chinese who speak Urdu are still relatively scarce. She believes her future is full of hope, as learning Chinese gives her unlimited possibilities.