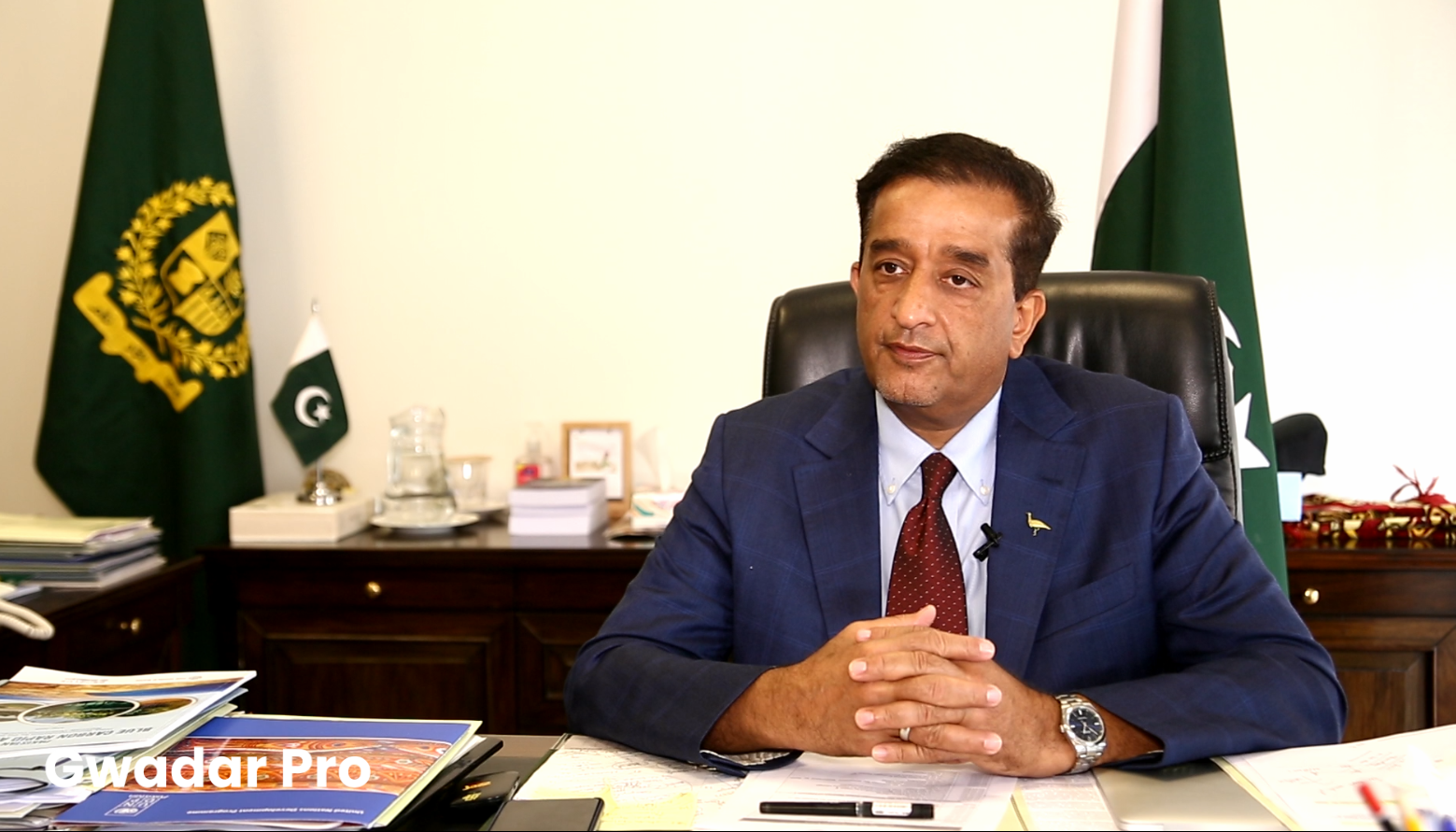 ISLAMABAD, Jun.4 (Gwadar Pro) - “When PM of Pakistan visited China, there was a meeting on Greening of Belt and Road Initiative, where they discussed about  changing China-Pakistan Economic Corridor(CPEC) to Green CPEC. We have done lots of preparation for that,” Special Assistant to the Prime Minister on Climate Change, Federal Minister for Climate Change Malik Amin Aslam said in an interview with Gwadar Pro.

Malik Amin Aslam said that it is the vision of Pakistan's Prime Minister Imran Khan and Chinese President Xi Jinping that we have to convert China-Pakistan Economic Corridor into a green land.

To achieve the goal, “First, we are including hydropower development which is zero-carbon energy into that. Secondly, we had discussed our forest issues with China,” he said.

China has vast experience in forestation and its greening of Kubuqi Desert, which is converted into a forest with millions of hectares of trees planted, is a hugely successful model for land restoration projects everywhere.

“We have signed an MOU with the Chinese company that carried out this experiment in Kubuqi Desert. In Pakistan, we will also carry out that pilot experiment. The Chinese government is funding it. It will help us in integrating the same experiment in our Billion Trees Tsunami Project, "Malik Amin Aslam said.

He also added that the Chinese company, known as Elion Resources Group, has carried out all kinds of experiments about different trees, habitat and environment that is required for their growth. “I have personally visited Kubuqi Desert and it is a wonder of the world,” he mentioned.

Talking of this year’s World Environment Day, he said this is a great honor for Pakistan to host it, adding that it’s because the actions taken for climate change according to the vision of Prime Minister Imran Khan are being recognized and accepted by the world and they act as an inspiration for the world.

Among these effective actions, he highlighted the Ten Billion Tree Tsunami project, saying that as Pakistan is blessed with rich natural forests, its target is to spread awareness about the need for the forests, which is very important for our next generation.

“In Baluchistan, KPK, Punjab, and Sindh, there are certain belts where there can be successful cultivation of olive trees. We are researching on it. In the Billion-Tree Tsunami project, we have started a sub-project in KPK that is an Olive Tree Tsunami, and hopefully, we will expand it further as well.”

Besides, he informed that this year, a project by the name of Recharge Pakistan is being launched, where the flood that passes through Pakistan each year is planned to be used for filling up wetlands, lakes, and reservoirs and for tree plantation, while simultaneously recharging groundwater.

While Pakistan and China are celebrating 70 years of their diplomatic relationships this year, Malik Amin Aslam believed that the green partnership between the two countries will not only strengthen this friendship but also help grow it further for a sustainable future.

“As we both countries are facing effects of climate change, it will help both of us live in a clean and green environment.”