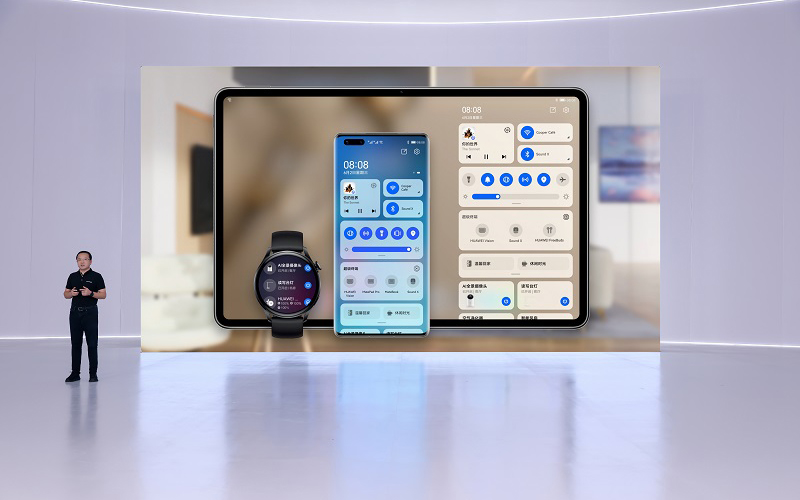 ISLAMABAD, June 4 (Gwadar Pro) –With just a drag and drop, the video on the phone can be put on the TV, and the user can easily call the phone files on a personal computer... Huawei HarmonyOS is bringing the Internet of Things (IoT) into lives. “New products including HUAWEI WATCH 3 and HUAWEI MatePad Pro listed in some countries will be equipped with HarmonyOS 2.” HUAWEI Consumer BG/ Huawei Pakistan told Gwadar Pro.

For instance, under the HarmonyOS 2, when a mobile phone is connected to a monitor, the mobile phone becomes a server, the user can hold the phone to any place with a monitor to work anytime and anywhere, without using a laptop.

In the case of interworking between a pad and a personal computer, the user can directly call the software on the computer if the software cannot be installed on the pad; In the future, HarmonyOS 2 is expected to make it possible for a “smartwatch to operate a car”.

The operation fluency of the mobile phone itself will also be greatly improved. Huawei official stated that the fluency of the HarmonyOS 2 system is much better than that of the previous EMUI, and the mobile phone is still close to the reading and writing speed of the new phone even with very little space left after 36 months of use. HarmonyOS 2 optimizes the viability of background applications and enables mobile games to last longer.

It is learned that a number of new products with HarmonyOS 2, including HUAWEI Mate 40 series new version, Mate X2 new version, HUAWEI WATCH 3 series, HUAWEI MatePad Pro, etc were launched. Huawei mobile phones, pads and more than 100 devices will start HarmonyOS 2 upgrade one after another, bringing a new experience to over 200m users in China, which will be the largest upgrade in Huawei’s history.

It is also learned that the research and development of HarmonyOS system took 10 years, with more than 4,000 R & D personnel involved.