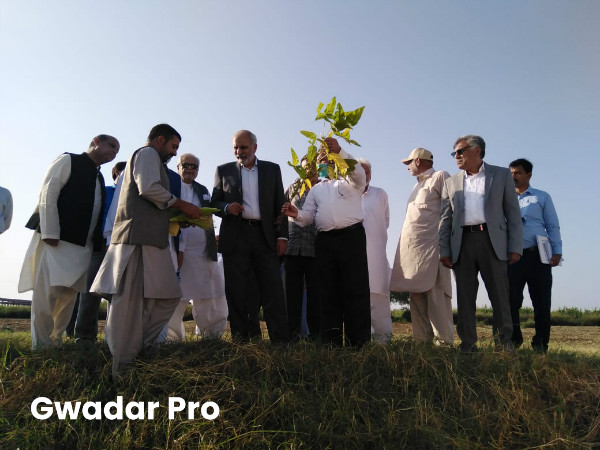 The idea of developing maize-soybean intercropping technology in Pakistan is appreciated by the Agriculture Minister. He thinks the maize and soybean under intercropping system are much healthier than those of sole cropping. “China’s experience may provide meaningful insights for Pakistan especially in relation to crop production, ” the Minister said.

Under the intercropping system, farmers can harvest soybean without reducing the current cultivation area of maize to stimulate local soybean production and then increase the supply of edible oil and soybean meal for poultry and livestock. 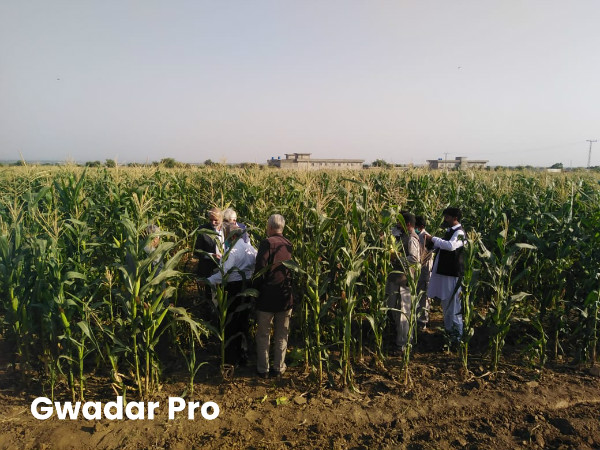 The Minister inspects the crops’ growth in the demonstration plot. [Photo provided by Muhammad Ali Raza]

This August in rainfed conditions relying on rainfall rather than irrigation, the yields of maize and soybean reached 7065 kg/ha and 1167 kg/ha respectively at the Koont Research Farm. By using high-yielding soybean varieties, machinery, pesticides and weedicides from China, the yields for next season are expected to be raised to an even higher level.